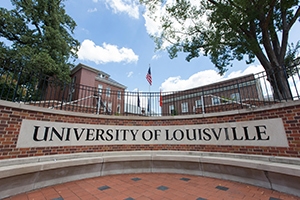 April 5, 2018 – College and universities across the countries are facing new and growing challenges. Financial woes, enrollment concerns, and debates over free speech, among other issues, are all keeping leadership at institutions of higher learning on edge these days. For some schools, survival is even on the line. Recruitment of the right leaders, and choosing a search firm to identify those leaders, has become an increasingly pressing matter.

William Funk & Associates, which specializes in searches for higher education, has recently placed Neeli Bendapudi as the 18th president of the University of Louisville (UL). She replaces James Ramsey, who was terminated in 2016 after a series of scandals. Her appointment comes after nationwide search that attracted more than 50 candidates nationwide. Dr. Bendapudi’s anticipated start date is May 15.

The university was seeking a proven leader and visionary who can inspire the university community. Dr. Bendapudi fits that bill. She joins the school from the University of Kansas, where she spent the past two years as provost and executive vice chancellor. She previously served as the Henry D. Price Dean of the School of Business at Kansas since 2011. Dr. Bendapudi previously taught at Ohio State University’s Fisher College of Business, where she rose from assistant professor in 1996 to full professor in 2008. She was also an assistant professor of marketing at Texas A&M University.

“Neeli Bendapudi is an excellent choice for the University of Louisville because of her strategic vision, ability to connect with students, faculty, alumni and donors, and her demonstrated success in working with community, state and federal leaders,” said R. William Funk, president of the Dallas-based recruitment firm. “Her energy and passion are infectious and will allow her to gain the trust and confidence of the UL community.”

Kansas chancellor Douglas A. Girod said Dr. Bendapudi is well qualified for the role. “As provost and executive vice chancellor, Neeli has prioritized retention and graduation rates, faculty and staff development and our university’s commitment to diversity and inclusion,” he said. “In (her role as business school dean), she partnered with KU Endowment to raise $198.6 million in total gifts, oversaw an expansion of the school’s academic programming and guided the school to gains in national rankings. Beyond these specific efforts, Neeli brought unmatched enthusiasm to her work – the kind of enthusiasm that was contagious and inspired those around her.”

The University of Louisville, which has an enrollment of over 22,500 students (approximately 16,000 undergraduates and 6,000 graduates), is a state-supported research university located in Kentucky’s largest metropolitan area. The university has three campuses. The Belknap Campus is three miles from downtown Louisville and houses eight of the university’s 12 colleges and schools. The Health Sciences Center is in downtown Louisville’s medical complex and houses the university’s health related programs and the University of Louisville Hospital. The Shelby Campus is located in eastern Jefferson County.

The University of Louisville, founded in 1798, was one of the first universities chartered west of the Allegheny Mountains. It is mandated by the Kentucky General Assembly to be a “preeminent metropolitan research university.” The school employs more than 7,000 faculty and staff, and has an annual operating budget of over $1.3 billion. It has about 150,000 living alumni.

Recently, Louisville used Korn Ferry to find its athletic director Vince Tyra, who has been serving in his role on an interim basis. The former business executive became just the third athletics director for the Cardinals in the last 38 years. The previous AD, Tom Jurich, was fired in the wake of an FBI investigation into recruits being secretly paid to commit to playing for the school’s basketball team.

William Funk & Associates has conducted more than 400 searches for university and college presidents and chancellors over the last 35 years. It recently placed Steven Leath as the 19th president of Auburn University.