Menu
View our Events
Stay Connected:
Longtime WPP leader Martin Sorrell steps down from British advertising agency amidst misconduct allegations. External recruiters called in could signal the organization is looking for an outsider to take its top post. 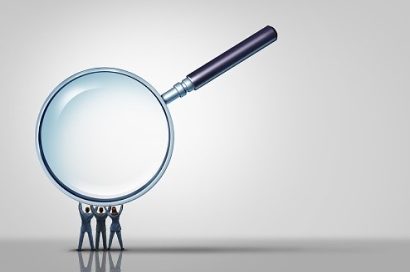 April 26, 2018 – Advertising giant WPP has hired Russell Reynolds Associates to find a permanent replacement for its longtime CEO Martin Sorrell, who recently resigned following allegations of “personal misconduct.” Roberto Quarta, chairman of WPP, becomes executive chairman until the appointment of a new leader. Mr. Sorrell will also be available to assist with the transition.

The previously announced investigation into misconduct by Mr. Sorrell is said to involve allegations of improper use of company funds and improper behavior.

“Obviously I am sad to leave WPP after 32 years,” said Mr. Sorrell “It has been a passion, focus and source of energy for so long. However, I believe it is in the best interests of the business if I step down now. I leave the company in very good hands, as the board knows. Mark and Andrew and the management team at all levels have the knowledge and abilities to take WPP to even greater heights and capitalize on the geographic and functional opportunities.”

The move to bring in an external executive search firm is extremely rare for the advertising firm, which traditionally handles most of its executive recruitment initiatives in-house, according to recruiters familiar with the company. While many industry observers are speculating that Mr. Sorrell’s successor will come from within, hiring an outside search firm may help the holding company expand its search outside the company.

Russell Reynolds’ CEO practice works with board leadership and nominating committees of public and private companies, as well as non-profit organizations, to recruit, develop and advise board members, board chairs and CEOs. The firm has placed CEOs at variety of organization including: Neiman Marcus Group, the DoSeum, Parkinson’s Foundation, USA Volleyball, CDC Group and Save the Children UK, among a host of others.

A PwC report found that over the past several years more big companies have been choosing their new CEO from outside as part of a planned succession, an indication that hiring an outsider has become more of an intentional leadership choice than a necessity. Outsiders accounted for 22 percent of all CEOs brought in via a planned succession between 2012 and 2017, up from 14 percent in the 2005 to 2007 period, said the report.

Clarke Murphy, CEO of Russell Reynolds Associates, agreed: “Since the financial crisis,” he said, “boards are more committed than ever to long-term succession planning and rigorous processes to find and select the best executive to succeed incumbent CEOs.” He said their efforts “reflect a deliberate process” that is now resulting in superior leaders being put into position.

Insiders Still Have the Edge

“There is no doubt internal candidates have an edge in tight talent markets,” said Jose Ruiz, chief executive officer of executive search firm Alder Koten. “Risk and learning curves are involved in every role and every candidate comes with a risk vs reward equation.” He said it is up to hiring managers to determine the risk they’re willing to take to eliminate some of those curves to reap the rewards.

“Insiders have a leg up over outsiders in that they know the culture from being on the inside, and have probably forged valuable relationships with other key stakeholders,” said Rod McDermott, co-founder and managing partner of McDermott & Bull. But if the company is in need of a transformation, for example, “an outsider will not be as hamstrung by those relationships and by traditional cultural norms in making tough choices about people, culture, and direction for the company.”

In cases where there are strong inside candidates, and the company is performing well and not in need of a major transformation, he said, just showing insiders that the board and leadership value loyalty and longevity might entice others to stay longer because they’ll see opportunity for growth. “The reverse can also become the brand – that insiders don’t get to run the company and that the board will often look to an outsider when the CEO or other top leadership roles need to be filled,” he noted.

“These days, executive search partners do not think exclusively about external candidates, but take a holistic view on talent management that includes organizational design, benchmarking, succession planning and coaching,” said Mark Oppenheimer, CEO of the Americas at Marlin Hawk. “This broader approach is becoming the new norm. Insiders should be nurtured and promoted wherever possible and never overlooked, unless there is a substantial gap between the expertise needed and that available within the company.”

An online poll by Hunt Scanlon Media, “Insiders vs. Outsiders: Which Candidate Type Fits Best, and When?,” found that promoting from within remains a preferred way for organizations to address their leadership needs. But when executive recruiters are brought in to openly recruit for vacant positions, they are often given mandates to look wide and deep for candidates and that typically results in the search shifting to a hunt for outsiders.

When asked why internal candidates are given preferential treatment for job openings, 40 percent of respondents said “knowledge of the organization,” followed by “sensitive to corporate culture” (33 percent), and “demonstrated potential” (27 percent). When asked what primary attributes external hires bring, 40 percent of respondents pointed to “innovation,” another 40 percent said “change,” while 20 percent thought that outsiders brought “fresh perspective.” When asked if companies are “risk averse” when it comes to expanding their leadership ranks with outside talent, one-third responded that they were.

It remains to be seen which route WPP will go in their search for a new leader but it appears the advertising agency is looking at both inside and outside candidates. Stay tuned as Hunt Scanlon follows this search and reports in coming months who will take on this important role.