Stay Connected:
Athletic directors are playing an increasingly vital role at colleges and universities across the country. In a search assignment led by Glenn Sugiyama, DHR Global placed Michael Alford as the new athletic director for Florida State University. Let’s take a closer look at this important search as the school looks to continue its excellence in sports. 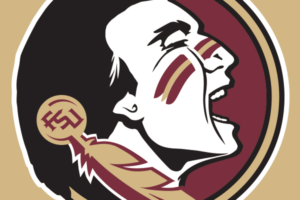 December 16, 2021 – Universities continue to turn to executive search firms to find new athletic directors. Chicago-based DHR Global recently assisted Florida State University in the recruitment of Michael Alford as its next vice president and director of athletics. Mr. Alford has served as president and CEO of Seminole Boosters Inc. since 2020. He succeeds David Coburn, who is retiring. DHR’s managing partner and global sports practice leader Glenn Sugiyama partnered with the school on the search.

“Michael Alford brings with him a vast background and wide array of experiences as an athletic administrator,” said Mr. Sugiyama. “He has over 25 years of experience throughout his career in collegiate and professional sports, serving 17 years as an administrator in intercollegiate athletics, including three years as a sitting athletic director.”

“We were very encouraged with the candidate pool and overall interest we received in our targeted search process, with top athletic administrators in the country taking part in this process,” Mr. Sugiyama said. “Michael’s contributions as CEO of the Seminole Boosters over the past 17 months gave him the opportunity to display his fundraising and revenue generation prowess. As a result, although they were impressed with all the candidates they met with, Florida State University president Richard McCullough and board chair Peter Collins always came back to Michael. I want to congratulate him, Laura, and their entire family for achieving their life-long goal of Michael becoming a Power 5 athletic director.”

Mr. Alford is an accomplished leader with a wealth of experience in collegiate and professional athletics and a proven track record of fundraising, hiring successful coaches and managing elite athletics programs.

“Michael Alford’s experience and passion for Florida State University make him an outstanding choice to lead the athletics department,” said Mr. McCullough. “Since arriving at FSU, he has made a tremendous impact and has garnered the overwhelming support of the Florida State community. Most importantly, his commitment to education and preparing student-athletes for lifelong success reflects the mission and values of Florida State University.”

Under Mr. Alford’s leadership, the Seminole Boosters have increased the annual fund and membership numbers, completed a successful $100 million capital campaign that includes funding for a new football operations building, initiated a redevelopment plan of Doak Campbell Stadium and entered a new contract with Legends, the premium experiences company, to operate the Dunlap Champions Club.

“As the college athletics environment continues to rapidly evolve and becomes increasingly competitive and complex, Michael Alford’s demonstrated professional success here at Florida State and beyond makes him an ideal fit for athletics director,” FSU board of trustees chair Peter Collins said. “I couldn’t be more excited about the future of Seminole Athletics.”

Prior to his arrival at Florida State, Mr. Alford served as associate vice president and director of athletics at Central Michigan University from 2017 to 2020. He is credited with leading Central Michigan during the most successful fundraising period in its athletics history. Notably, he hired eight coaches at Central Michigan, four of whom went on to win conference coach of the year honors in their first two seasons.

From 2012 to 2017, Mr. Alford was senior associate athletic director for development and administration at the University of Oklahoma where he oversaw the Sooner Club, the principal fund-raising arm of OU Athletics. He served as senior director of corporate partnerships and sales for the Dallas Cowboys from 2008 to 2012 and as general manager of Crimson Tide Sports Marketing from 2004 to2008. He has worked in various roles at ESPN, the University of Southern California, the University of Cincinnati and the Cincinnati Bengals.

In his new role, Mr. Alford will plan and direct the overall administrative and operational activities of intercollegiate athletics for Florida State. The nationally acclaimed 20-sport athletics program has a budget of $106 million. “I love Florida State University and the people who make this such a special place,” Mr. Alford said. “Everyone has been so welcoming, and we’re excited about this opportunity to lead Seminole Athletics. I’ve enjoyed building strong relationships throughout the community, including with president McCullough. I look forward to working closely with him to enhance the overall mission of the university.”

Florida State celebrates its 75th anniversary in seven sports in 2021-22 including football. Seminole Athletics is recognized as one of the nation’s top all-around programs having finished 13 of the last 14 seasons ranked among the 20 best programs in the country, including 12 among the top 15. Last year alone, FSU played for the national title in women’s soccer and softball and the program has won 17 national championships in its history.