Menu
View our Events
Stay Connected:
In a search assignment led by Glenn Sugiyama, DHR placed Craig Robinson as executive director of the largest professional association of basketball coaches. Mr. Robinson brings upwards of 30 years of administrative and coaching experience to the job, including a key role with the New York Knicks. 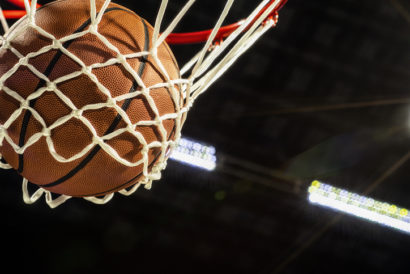 August 17, 2020 – Glenn Sugiyama, managing partner and global sports practice leader at DHR International, has placed Craig Robinson as the new executive director of the National Association of Basketball Coaches (NABC). He succeeds Jim Haney, who held the position for the past 29 years, and becomes just the fifth executive director in the NABC’s history.

Mr. Robinson is an accomplished basketball administrator and former Division I head coach. He brings over three decades of administrative and coaching experience to the NABC. Since 2017, he has served as vice president of player development and minor league operations for the NBA’s New York Knicks, a role that also included the title of general manager of the G League’s Westchester Knicks. Mr. Robinson is the brother of former First Lady Michelle Obama.

“Just like the search that we did with LEAD1, formerly the division 1A Athletic Directors Association, the search for the NABC came at a critical time for college basketball and college athletics in general,” said Mr. Sugiyama. “We understood the magnitude of this placement and we are thrilled to have assisted in the hiring of Craig Robinson as executive director. As someone who has worked in the business world, the NBA and been a head coach at almost every level including the Power Five, Craig brings a wealth of invaluable knowledge and experience to the organization.”

“Craig brings a unique perspective to the position, having been an outstanding player, college head coach and most recently an executive in the NBA,” said Mike Krzyzewski, head coach of men’s basketball at Duke. “Clearly, Craig is coming to the organization at a time of great uncertainty and change, and nearly 5,000 members of this organization will rely on him to represent the best interests of coaches at all levels as we move into the future. His long-standing commitment to basketball is evident, and we believe his strong connections to both the college and professional ranks will help us generate more synergy between those two entities that have such a profound impact on the sport.”

Mr. Robinson said he was excited about his new role. “I’d like to thank the NABC, our board of directors, president Jamie Dixon and the search committee for selecting me at such an important time for our membership, our players and our game,” he said. “I look forward to the challenges ahead.”

“Craig encompasses everything we were looking for and more in the next leader of the NABC,” said Mr. Dixon, the head coach of men’s basketball at Texas Christian University. “Craig’s experiences as a decorated student-athlete, an accomplished coach and a high-level administrator uniquely position him to lead our association during this crucial moment in time for basketball. Given his background, education and values, we have exceeded expectations from when we started the search.”

“To have someone lead our organization with the background of Craig Robinson is a huge win for the NABC,” said John Calipari, University of Kentucky’s men’s head basketball coach and NABC board member. “Playing for a Hall of Fame coach in Pete Carril, being an assistant and a head coach at different levels, including Oregon State, and knowing the challenges that we coaches face are going to put him in a position to really have an impact on basketball coaching and the players we coach. I’m excited for what’s ahead for Craig and our organization.”

A Look Inside the Search

“We could not have completed this search as successfully without Glenn and his team at DHR International,” said Mr. Dixon. “The search benefitted tremendously from Glenn’s ability to lead and manage the entire process while knowing how to work with a committee of busy professionals. For such an important, sensitive and competitive search process, Glenn’s expertise and knowledge of the sports world and search process was invaluable.”

“The job that DHR International did with the NABC executive director search let me know the importance of using search firms in hiring processes,” said Mr. Calipari. “Glenn Sugiyama and Pat Richter gave me a new prospective on the role search firms play in big hires.” Mr. Richter serves as partner, education and sports practice in DHR’s Milwaukee office. He was formerly the director of athletics at the University of Wisconsin and former National Football League receiver.

The National Association of Basketball Coaches, located in Kansas City, MO, was founded in 1927 by Forrest “Phog” Allen, the legendary University of Kansas basketball coach. The organization has continually worked to further the best interests of the game of basketball as well as the players and coaches who participate in the sport. The largest professional association of basketball coaches, the NABC has a membership of nearly 5,000 men’s basketball coaches throughout the ranks of the NCAA, NAIA, junior and community colleges and high school. Active memberships are available for NCAA Division I, II, III and NAIA head coaches and full-time assistants.