Menu
View our Events
Stay Connected:
Athletic directors are playing an increasingly vital role at colleges and universities across the country. In a search assignment led by Glenn Sugiyama, DHR placed former NCAA inclusion executive Derrick Gragg as the new athletic director for Big Ten’s Northwestern University. Let’s take a closer look at this important search as the school looks to make diversity and inclusion a top priority. 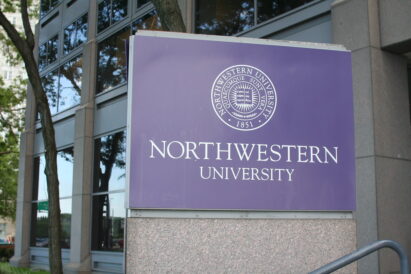 Mike Polisky, Northwestern’s deputy athletic director for external affairs since 2010, was initially promoted to replace Mr. Phillips. The search process, aided by DHR International, was kept confidential to ensure the ability to identify and recruit the best possible candidates, according to Morton Schapiro, president of Northwestern. “It was essential for us to find the right leader for the next chapter at Northwestern — someone who can build both academic and athletic excellence at a time of rapid change in the intercollegiate sports landscape, and also someone who can create the best possible environment for students, staff and coaches,” he said. “After talking extensively with Derrick, it was clear that he was the ideal person for the job.”

“Glenn Sugiyama and DHR were incredible partners to Northwestern,” said Craig Johnson, SVP, CFO and chair of the athletic director search committee. “Our AD search committee relied on their extensive list of contacts and detailed knowledge of the college athletics landscape to source an impressive and diverse list of candidates. When our search faced some unforeseen challenges, Glenn personally devoted a tremendous amount of his time and talent to complete the search. I want to personally commend Glenn, his team, and DHR for their service to Northwestern.”

“It is always an honor to be selected to work with a world class institution like Northwestern,” said Mr. Sugiyama. “I want to thank president Schapiro, board chair Lanny Martin and search chair Craig Johnson for their faith and trust in me. I have known Derrick Gragg for well over a decade and his experience, character, passion and leadership will help Northwestern athletics continue on the path set forth by Jim Phillips. One of my proudest accomplishments as a Chicago native, was in the last 10 months, assisting both Northwestern and DePaul in hiring the first African-American athletic directors in each school’s history.”

Mr. Schapiro called Dr. Gragg a proven leader who has a track record of success at the NCAA, where he has led diversity, equity and inclusion efforts since last fall; at the University of Tulsa, where he served as athletic director from 2013 to 2020; and at Eastern Michigan University, where he held the same role from 2006 to 2013. Throughout his career in college athletics, Dr. Gragg has prioritized representing the underrepresented and providing a voice and allyship to people of color, women and the LGBTQ community. While serving as the NCAA’s senior vice president for inclusion, education and community engagement, Dr. Gragg has worked to ensure diversity, equity and inclusion are reflected on all levels in college athletics. He had a dual focus on internal and external initiatives and programming.

“I am thrilled and humbled to join the Northwestern University family at this pivotal moment in college athletics,” Dr. Gragg said. “My career has been shaped by an unwavering belief in the potential of student-athletes to excel in all areas. These young people need more support than ever in the midst of challenging, changing and exciting times. I look forward to joining an incredible roster of coaches and staff in Evanston, IL, on this collaborative mission to help our Wildcats achieve at the highest level as students, as athletes and as people.”

“As someone who has been involved in many searches both as a client and a candidate, I can say that the process DHR International conducted was one that was extremely professional and very-well executed,” said Dr. Gragg. “From their initial outreach, planning and logistics to their extensive background checks, they maintained complete confidentiality throughout the process, which is critical. What made me most comfortable is my relationship with Glenn Sugiyama who I have known and worked with for over a decade. Due to my trust that Glenn would handle things appropriately, I was willing to engage in the process. His persistence in reaching out to me on multiple occasions to state that Northwestern is a “dream job opportunity” has certainly turned out to be true.”

Northwestern has eight men’s and eleven women’s NCAA Division I sports teams and is known as “Chicago’s Big Ten Team”. Northwestern is a charter member of the Big Ten Conference and the only private university in the conference since the University of Chicago left in 1946. With a little over 8,000 undergraduate students, it is by far the smallest school in the Big Ten. Currently, Northwestern fields 19 intercollegiate athletic teams (eight men’s and 11 women’s) in addition to numerous club sports.

Mr. Sugiyama also recently placed Craig Robinson as the new executive director of the National Association of Basketball Coaches (NABC). Since 2017, he has served as vice president of player development and minor league operations for the NBA’s New York Knicks, a role that also included the title of general manager of the G League’s Westchester Knicks. Mr. Robinson is the brother of former First Lady Michelle Obama. “We could not have completed this search as successfully without Glenn and his team at DHR International,” said Jamie Dixon, president of NABC. “The search benefitted tremendously from Glenn’s ability to lead and manage the entire process while knowing how to work with a committee of busy professionals. For such an important, sensitive and competitive search process, Glenn’s expertise and knowledge of the sports world and search process was invaluable.”

“The AD today is the CEO of athletic operations at a college,” said John Lahey, past president at Quinnipiac University. “Thirty to 40 years ago, you were more likely to see former coaches and athletes promoted into those roles as a way of rewarding success or longevity, but now you need a business person who is able to lead people, generate revenue and understand how the marketing and brand of athletics can impact the entire university.”

Bill Lennox, former president at St. Leo University in Florida, said schools must make sure that the AD is a senior member of the entire university staff. “We moved the AD to the equivalent level of a vice president, so he sat in all of the meetings and in the decision-making process with the rest of the VPs of the university,” he said.