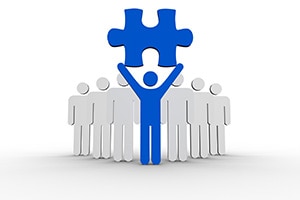 “Our task was to introduce to the board of H&R Block innovative leaders from a variety of consumer facing and technology companies and companies which have gone through transformations,” said search firm chairman Peter Crist. “And we had to factor in a Kansas City location which was an element of the search. It’s a Midwest culture.”

“We did an extensive mapping exercise showing the board a variety of profiles before going live,” Mr. Crist added. “The good news is that we were able to quickly engage with Jeff Jones after he departed from Uber. He wanted to be the CEO of a publicly traded company and we happened to have the perfect platform for him. Before he joined Uber, Jeff was chief marketing officer of Target in Minneapolis where he had orchestrated a tremendous transformation of their go to market strategy. Without a doubt he is considered one of the best CMOs in the country and now he gets the opportunity to take that skill to another level.”

Crist|Kolder Associates focuses on CEO, CFO, COO, board of director and succession search for a broad range of industries. The firm has filled line management and board positions for more than 100 clients relying on what it calls “the intellectual capital” of its senior partners and professional team.

Robert A. Gerard, H&R Block’s chairman of the board, said Mr. Jones is an ideal fit for the role. “One of our core corporate values is, ‘We Do the Right Thing,’” said Mr. Gerard. “There are few people who embody this more than Jeff. He is a transformational leader, one who deeply understands today’s consumer and knows how to drive results in large-scale operations. Given his proven record of success in innovation and change management, the board is confident Jeff is the right person to evolve and grow our business in the years ahead.”

Mr. Jones brings 27 years of leadership experience, having held key roles at top companies in the retail, consumer products, agency and technology industries. Prior to his most recent position at Uber, he was executive vice president and chief marketing officer at Target Corporation from 2012 to 2016. He served as a key member of Target’s executive leadership team and helped lead the brand and business back from the 2013 data breach, launching a variety of major initiatives that drove traffic, brand affinity and loyalty.

As CEO Turnover Rises, Outsiders are Given a Closer Look
Over the past several years more big companies have been deliberately choosing their new CEO from outside of the company as part of a planned succession, an indication that hiring an outsider has become more of an intentional leadership choice than a necessity.

Among his contributions at Target, Mr. Jones helped design a more guest-centric approach, fostered a more open and agile culture, modernized core capabilities, launched ground-breaking digital products like Cartwheel, and served as Target’s head of guest experience and communications. Prior to Target, he held executive and leadership roles for the Gap, the Coca-Cola Company and Leo Burnett where he served General Motors, MillerCoors and Procter & Gamble, and founded Burnett’s subsidiary company, LB Works, which focused on technology solutions.

“As a focused and inspiring leader, with deep retail and digital expertise, Jeff clearly understands the changing dynamics of consumer behavior,” said Mr. Gerard. “He knows how to leverage current and emerging technologies to provide solutions that best meet consumer needs.”

Mr. Jones described H&R Block as a values-based brand focused on helping people. “I look forward to advancing this storied company in its quest to provide a broader range of solutions to meet our clients’ needs,” he said. “With its expertise, history and scale, there is significant opportunity to create new solutions for the tens of millions of clients who trust this brand. I will leverage my retail and digital experiences to challenge us to grow, to seek leading-edge ways to meet our clients’ needs, and to position this company as an agile and adaptive market leader.”

Mr. Crist said that although H&R Block is an iconic brand the company has historically resisted change. “Jeff’s challenge will be to energize the organization into a direction which will allow it to capitalize on its outstanding brand,” he said. “And this could mean new and different services and offerings.”