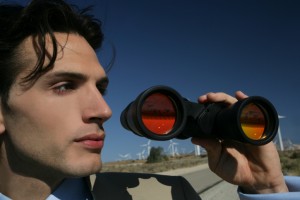 March 22, 2016 – Shifts in the economic and employment outlooks of America’s small to mid-sized business sector (SMB) have generated a mixed set of market trends, according to a new report just released by executive recruitment firm Lucas Group.

The Q4 2015 “SMB Job Generation Outlook’ found that an average of 92 percent of leaders at small to medium-sized companies across the U.S. reported their businesses to be in growth or stable mode, up eight points from 2013. The Outlook report shows steady year-over-year growth in SMB optimism related to economic and job prospects and an overall small increase (from 43 percent in 2013 to 47 percent in 2015) in the percentage of SMB executives who report plans to hire in the coming quarter.

Interestingly, executives did not report significant or consistent growth in optimism regarding economic and job prospects for their own companies. National job prospect optimism grew from an average of 43 percent in 2013 to just 51 percent in 2015, while company-specific job optimism saw only a slight uptick, from 55 percent to 57 percent.

This is the third in a recent string of market reports indicating mixed signals on the U.S. economy from senior executives, this time from small business owners. These reports, taken as a whole, suggest an economy performing below its potential.

In their second estimate of real GDP growth for 2016, CEOs expect 2.2 percent growth, down from their 2.4 percent estimate at the end of 2015. “Mixed expectations for near-term sales, investment, hiring and growth point to an economy that continues to lack momentum,” said Doug Oberhelman, chairman and CEO of Caterpillar Inc. and chairman of Business Roundtable.

Manpower’s most recent Employment Outlook Survey found stable, but moderating hiring plans among U.S. employers for the second quarter of 2016. Of the more than 11,000 U.S. employers surveyed, only 22 percent anticipate increasing staff levels during the quarter. Four percent of employers expect workforce reductions, but an overwhelming majority of respondents, 72 percent, expect no change in hiring plans.

“We now live in a world of ‘certain uncertainty,’ where increased volatility may be here to stay,” said Kip Wright, senior vice president, Manpower North America. “As a result, organizations and individuals need to be more agile in order to better adapt to this rapidly evolving environment, and a key differentiator to success is attracting and developing the right skills.”

Lucas Group’s report found that while optimism around U.S. economic prospects increased from 50 percent in 2013 to 56 percent in 2015, small to mid-sized business executive self-confidence on company-specific economic opportunities dropped a point over the three-year timeframe, to an average of 69 percent in 2015.

“We’ve been closely monitoring executive outlooks among SMBs for several years, and while the sector seemingly wants to express optimism about the economy and jobs market, their self-confidence noticeably waivers when we ask about specific company plans and projections,” said Lucas Group chief marketing officer Scott Smith. “The small to mid-sized business market overwhelmingly sees itself as a job generation force, yet there’s been a consistent and conspicuous difference between theoretical job creation optimism and actual hiring plans.”

“Talent availability challenges are creating real struggles for small to mid-sized companies,” said Mr. Smith. “Across industries and geographic markets, executives are sharing similar concerns. Every quarter, small and mid-sized business executives report that they’re increasingly challenged to find, hire and retain quality people. Businesses may be poised for growth, but if they can’t find high-quality talent, then the fuel they need to drive revenue growth simply isn’t there.”

According to the latest ‘Recruiter Nation Survey’ released by Jobvite, 56 percent of recruiters cite the lack of available skilled talent as a key stumbling block in hiring. The report, which polled over 1,400 executive recruiting and human resources professionals, also found that 95 percent of recruiters anticipate equal or increased competition for talent this year.

A recently released hiring survey by DHI Group found that 53 percent of hiring managers and recruiters say the inability to find qualified professionals was the key stumbling block for filling open positions at their respective companies.

“The recruiting environment for certain highly-skilled professionals is the toughest I’ve seen in nearly a decade, with companies jockeying for in-demand talent and candidates having their pick at ideal positions and compensation,” said DHI Group CEO Michael Durney. “In addition to bulking up budgets to pay desired candidates, companies have to consider ongoing sourcing and identifying professionals ahead of the creation of a specific job opening. Recruitment has to be more about relationship building today than ever before.”

Conducted quarterly, the ‘SMB Job Generation Outlook’ survey respondents include only CEOs, CFOs, COOs, chairmen, presidents, executive vice presidents and / or owners of their companies. Survey respondents represent a variety of geographic regions and industries, including manufacturing, finance / insurance / real estate, business services, IT and transportation. Eighty-five percent of Q4 2015 respondents are from companies with fewer than 1,500 employees.