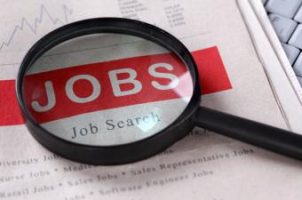 August 8, 2016 – Employers added a healthy 255,000 jobs last month as the U.S. unemployment rate remained unchanged at 4.9 percent, according to the most recent U.S. Bureau of Labor Statistics report. The number of workers unemployed was essentially unchanged at 7.8 million. This report follows the addition of 287,000 jobs added in June.

During the month, job growth occurred in professional and business services, healthcare, and financial activities. Job losses continued within the mining sector.

Here’s a closer look at some of the primary sectors involved:

The July labor report follows a number of surveys outlining moderate hiring plans from employers throughout the U.S. According to the latest Manpower Employment Outlook Survey, 23 percent of employers anticipate increasing staff levels during the third quarter.

No Dips or Spikes Ahead

Other studies have been equally optimistic, no matter what else seems to be happening on the American political scene or over in the U.K., following the country’s vote to cut trading ties with the European Union.

CareerBuilder’s study also found that information technology (68 percent), healthcare (65 percent), financial services (56 percent) and manufacturing (51 percent) are among industries expected to outperform the national average for full-time, permanent hiring in the back half of 2016.

According to a semi-annual hiring survey by DHI Group, nearly two thirds (62 percent) of hiring managers intend to hire more professionals in the next six months.

“Increased plans for near-term sales, investment and hiring indicates modest economic improvement,” said Doug Oberhelman, chairman and CEO of Caterpillar Inc., and chairman of Business Roundtable. “Unfortunately, it’s more of the same ‘one step forward, one step back’ we’ve been experiencing for a number of years now,” Mr. Oberhelman continued. “We need sustained, healthy growth, which would be aided by enactment of pro-growth policies, such as ratifying the Trans-Pacific Partnership and updating our outdated tax system. Absent that, the U.S. economy will continue to be stuck in the slow lane.”