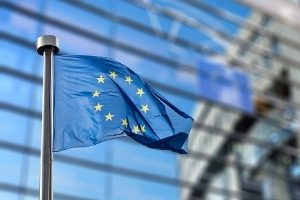 February 22, 2018 – U.K.-headquartered executive recruiters Chad Harrison International (CHI) has expanded with the opening new offices in Brussels and Frankfurt. The firm said it sees the cities as viable locations to develop business and build stronger connections within their specialties.

“The strategic office openings will facilitate easier interaction with candidates and clients in the two countries and the rest of Europe helping consultants connect with the best in the international market,” said the firm. “They will also allow Chad Harrison International to build its team presence in Europe, a key vision for the international headhunter’s growth.”

Luke Robbins-Wells, managing director of Chad Harrison, said the potential for Brussels and Frankfurt became apparent over time. “After working with many clients in the region, we identified these two cities as important areas where we can strengthen relationships with our clients and candidates,” he said.

Belgium’s strongly globalized economy and its transport infrastructure are integrated with the rest of Europe. Serving as the center of administration for Belgium and Europe, the city’s economy is largely service-oriented. It is dominated by regional and world headquarters of multinationals, by European institutions, by various local and federal administrations and by related services companies, though it does have a number of notable craft industries.

Some 50,000 businesses are located in Brussels, of which about 2,200 are foreign owned. Brussels is rated as the seventh most important financial center in the world. The Brussels Stock Exchange is part of the European stock exchange Euronext.

“Brussels is a focal point of business and networking in Western Europe and is a key city for the sectors in which Chad Harrison International operates with a large amount of the company turnover derived from the France and BeNeLux region,” said Mr. Robbins-Wells.

Germany is the largest national economy in Europe, and the fourth largest by nominal GDP in the world. Well-known companies in the country include Mercedes-Benz, BMW, SAP, Siemens, Volkswagen, Adidas, Audi, Allianz, Porsche, Bayer, BASF, Bosch and Nivea.

Frankfurt is among the world’s most important financial centers and Germany’s financial capital. With over 922 jobs per 1,000 inhabitants, the city has the highest concentration of jobs in Germany. It is also expected to benefit from international banks relocating jobs from London as a result of Brexit.

Executive Search Fallout from Brexit Could Run Wide and Deep
There’s a crisis slowly unfolding at executive search firms across London – especially for those with exposure to the financial services markets. But the reverberations in the world’s 2nd largest search market are also being felt as far away as Chicago and L.A., home to the sector’s two publicly held talent giants.

“Frankfurt is an attractive proposition for the DACH markets also on the back of strong success in the region in the past few years,” said Mr. Robbins-Wells.

Chad Harrison International is a global search and selection firm providing talent acquisition services in the built environment, packaging, print, chemical, life sciences and the mining & metals sectors. It works with global corporations as well as family-owned and SME organizations, sourcing and placing talent within senior management and board level roles.

The firm recently added Damien Davies and Ryan McFarlane to the team in its Liverpool office. Mr. Davies brings deep experience in the chemicals and life sciences division. Mr. McFarlane previously worked in talent acquisition at Babcock International. Both are international search consultants.