Stay Connected:
South African companies are pushing hard to transform, particularly in high-level and hard-to-fill roles. And, where companies mandate search firms to find and place top-level talent, they seek to focus on diversity in addition to qualifications, experience and track record. 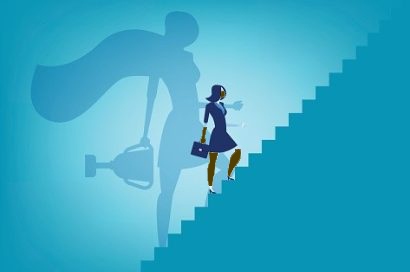 February 21, 2018 – As Black History Month comes to a close, annual statistics for top leadership placements in South Africa have, for the second year in a row, shown a sustained increase in race and gender transformation.

Annual placement statistics collected by Jack Hammer, a Cape Town executive recruitment firm, show an eight percent increase in black economic empowerment (BEE) appointments last year, building on the near 10 percent increase logged the year before. The two-year upwards trend follows a period of static placement statistics between 2012 and 2015, with the tide turning notably in 2016.

“What this means is that the increase in the number of BEE executive level appointments is not just incremental – it’s significant, and gaining momentum year on year,” said Debbie Goodman-Bhyat, Jack Hammer’s chief executive officer.

This data reflects employment equity appointments in the private sector, as opposed to parastatals or government.

Professional Women Still Seek Equality Climbing the Corporate Ladder
It has been decades since professional women have pushed into the higher echelons of corporate management. Yet the ultimate objective of full equality eludes many of them. While corporate boards – and the recruiters who represent them in the …

In general, the number of female appointments has risen, going from 32 percent in 2016 to 38 percent last year. “This is significant, because until last year, we were struggling to get above the 30 percent mark,” said Ms. Goodman-Bhyat. “At the end of 2016, we moved that needle a little, but now we can see that the trajectory is moving in the right direction.”

And, Ms. Goodman-Bhyat said, the big shift has been with black women, whose appointments increased by 12 percent last year.

“Both statistically and anecdotally – in terms of briefing patterns – it is clear that South African companies are pushing hard to transform, particularly in high-level and hard-to-fill roles,” said Ms. Goodman-Bhyat. “While we can’t comment on other segments of the market, it is clear that where companies mandate search firms to find and place top-level talent, they seek to focus on diversity in addition to qualifications, experience and track record.”

The comparative data is showing a significant and sustained move in the right direction, Ms. Goodman-Bhyat added. “It is clear that companies no longer consider transformation a box-ticking exercise, but rather an essential element to ensure continued, sustainable and inclusive growth,” she said.

At the end of last year, Jack Hammer was interested in whether the positive trajectory of 2016 would continue into 2017, or whether the turn was basically an outlier. “It is therefore extremely encouraging to see not just a continuation of this trend, but a substantial one at that,” said Ms. Goodman-Bhyat. “So why are so many companies still so untransformed at executive levels? We continue to see executive teams that remain completely untransformed, and seem to have no intention of changing the status quo.”

“I think it’s important to frame the diversity stats in the context of companies that are feeling pressure to transform, a push factor, as well as those who recognize the value of diversity at leadership levels, a pull factor.”

Those are the companies, Ms. Goodman-Bhyat said, that reach out to the recruitment firm, give it a search mandate and then actually make the appointments.

“We do not see or hear from the many organizations that have neither the pull nor the push factors,” she said. “They are content to remain in their comfort zones, and seem to be ignoring all the external messages regarding the importance and value of transformation. And, when such companies show profit year after year, there is absolutely no motivation to change.”

According to a recent report, nearly three quarters of women in the early stages of their professional careers aim to reach the top level of the corporate ladder. The findings, based on an exhaustive seven-country examination of working women’s motivations, ambitions and their own definitions of professional success, uncover a consistent rise in ambition to reach executive leadership from the early stages of women’s professional careers through the senior management level. But this ambition drops, precipitously, for women at senior management levels as they strive to reach the C-suite. It’s an astounding and consequential finding…. Here’s some further reading from Hunt Scanlon Media.

Failing To Reach the C-Suite

The percentage of women in most C-suite positions is dramatically lower than their male counterparts, according to a new report by Korn Ferry. The analysis found that across the most prominent C-suite titles (CEO, CFO, CIO, CMO, CHRO) and several industries (consumer, energy, financial, healthcare, industrial, retail, technology and services) an average of less than one quarter (23 percent) of the top leaders in 2017 were women. That is about even from 2016 data, when 24 percent of leaders in the studied C-suite positions were women.

“We interviewed dozens of current and former female CEOs, and 65 percent of them said they hadn’t even considered vying for the top spot until they had a sponsor tell them they were well suited for the role,” said Tierney Remick, vice chairman of Korn Ferry’s global board and CEO practice. “It’s critical that both talented women and those around them focus on creating a clear path for advancement.”

Women in the Boardroom

For those who have been striving for women to achieve their fair share of seats on corporate boards, a recent Heidrick & Struggles report, “Board Diversity at an Impasse,” was no doubt disheartening.

Last year, the report said, Fortune 500 companies filled 421 vacant or newly-created board seats with independent directors, a new high for the second year in a row. But the number of open seats occupied by women dropped to 117, down from 119 from the previous year. The percentage of women appointed to boards, as a result, fell two points, to 27.8 percent, ending a streak of seven straight years of gains for women on boards.

“Boards have been aware of the research on gender and business performance for some time, as the uptick in the rate at which they were adding women in recent years suggests – only 18 percent of new director appointees in 2009 were women versus the figure of 29.8 percent in 2015,” said Heidrick. “But the recent deceleration begs the question: Is this a plateau or dip that will last for some years to come – or merely a pause before the upward climb resumes?”

“Another challenge is that is takes time for women to gain experience in companies and to climb the ladder in order to be ready for the board level. This should phase out in time,” she said.