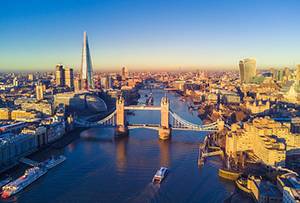 December 15, 2017 – Edinburgh, Scotland-based executive search firm New Town Partnership is increasing its footprint with the opening of a new office in London and the hiring of Lucy Partridge as senior associate. She will manage key corporate accounts and bring the recruiter’s headcount to seven.

The New Town Partnership, founded two years ago by managing partners Jane Gilchrist and Louise Gibson, opened its new locations in the Hammersmith area of London in response to their growing client base in the city. Ms. Partridge, formerly of Livingston James, Partridge, has considerable international experience having worked in Sydney, Boston and Paris, as well as in London. She previously served in various roles with boutique search firm Carlyle and the Institute of Executive Coaching & Leadership.

“We’re delighted to welcome someone of Lucy’s standing to the business,” said Ms. Gibson. “She brings a wealth of experience across various sectors including retail, consumer goods, manufacturing and professional services. Her appointment further demonstrates our commitment to excellence and will be a key support to our continued growth. Our presence in London is crucial to serving our growing client base as well as supporting high caliber Scottish talent seeking to relocate back home.”

Ms. Partridge said New Town Partnership has built an impressive client list of major businesses and an enviable reputation in the market. “It’s a really exciting time to be joining and I’m relishing the opportunity to focus on our delivery within key accounts,” she said. “The firm has a really unique outlook and culture that reflects my own values and ambitions for the future.”

But then there’s Brexit. And as the fallout from that decision deepens, there has been a notable degree of expansion among executive search firms out of London. No matter – search firms continue to grow and expand in this great city just the same. Here’s a look at some recent activity among search firms in London from the Hunt Scanlon Media archives:

ZRG Partners recently opened an office in London with the addition of Steve Banks as managing director and U.K. country head, bringing a strong background to support the firm’s plans for the region. By the end of the year, ZRG expects to have a team of five managing directors in key market verticals in London to further support its expansion plans.

London-based Dunleavy White strengthened its staff with the additions of Sarah Hanan and Danita Waterfall-Brizzi as partners. Ms. Hanan spearheads growth within the firm’s travel and aviation sectors. She has over 20 years of experience within the travel industry. Ms. Waterfall-Brizzi was hired to develop the global growth of the firm with a focus on central Europe.

Earlier this year, EMA Partners International opened a new office in London with the addition of managing partners Alison Ryan. Ms. Ryan has assisted organizations across market sectors identify executive talent for a range of functions, including finance, sales, operations, and marketing.

Check Out These Related Articles On U.K. Search Firms Expanding: