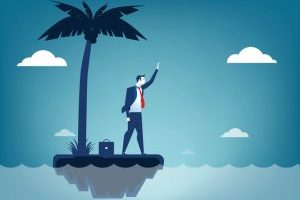 The Philadelphia-based company reported a loss of $6.8 million, or 37 cents per share, compared to a net loss of $4.8 million, or $0.24 per diluted share, during the same period last year.

“During the first quarter, our investments in sales capacity and our collaborative programs to restore growth demonstrated positive momentum, with an expanding sales pipeline, add-on business secured from existing clients, and multiple new client wins,” said Michael S. Castleman, president and interim CEO. “We are progressing from a complex portfolio of independent staffing and service operations to a collaborative company that delivers managed, project and staffing services fueled by technical talent. As we continue this transformation, we remain intensely focused on opportunities to improve sales effectiveness, productivity and operating efficiency.”

Nevertheless, eight weeks ago CDI initiated a process to identify and evaluate strategic alternatives to maximize stockholder value. In layman’s terms, the company was being shopped around. As part of this process, it engaged Houlihan Lokey, an investment banking firm, as financial advisor to assist it in exploring a potential sale of the company. Strategic alternatives will be evaluated in combination with CDI’s ongoing transformation that focuses on disciplined operations and sales effectiveness.

“As the board carefully considers potential strategic avenues to enhance value, the management team and the thousands of associates at CDI remain focused on our ongoing transformation to accelerate growth and expand profitability,” said Mr. Castleman. “We are excited about the company’s prospects and ability to enhance shareholder value under our transformation strategy, regardless of the outcome of a strategic alternative process.”

CDI also said it might not disclose further developments with respect to this strategic review process, unless and until its board of directors approves a specific transaction or otherwise concludes this review of strategic alternatives.

CDI expects revenue for the second quarter to range from $170 million to $175 million, with the expected sequential decline primarily attributable to seasonal decreases and client attrition in the lower gross margin Western Canada pipeline inspection business that is part of its North America Staffing vertical. In contrast, the company expects revenue to be largely stable sequentially across its other business verticals.

CDI shares have risen eight percent since the beginning of the year. In the final minutes of trading upon the release of its earnings, shares hit $8.00, a climb of 32 percent in the last 12 months. The company has a market cap of just under $150 million.