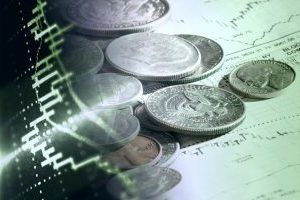 CDI recently agreed to be acquired by AE Industrial Partners, a private equity investor specializing in aerospace, power generation and specialty industrial companies. AEI will acquire all of the outstanding shares of the company’s stock for $8.25 per share in an all-cash offer and follow-on merger. The agreement was unanimously approved by CDI’s board of directors following a review of strategic alternatives announced by the company in March. In addition, shareholders representing 26 percent of shares outstanding have entered into tender and support agreements.

The transaction, which is expected to close in the third quarter, is conditioned upon satisfaction of a minimum tender condition, among other factors. No financing conditions are associated with the proposed agreement.

“After a review of strategic alternatives by our board of directors, we are pleased to reach this agreement with AEI, which provides our shareholders with immediate liquidity and substantial certainty of value,” said Michael S. Castleman, president, interim CEO and chief financial officer of CDI, which will become a privately-held company.

“We further believe that this transaction presents a winning proposition for all of our stakeholders,” he said. “AEI has a proven track record of partnering with company management, is a strategic-minded and growth-oriented investor that has substantial experience in many of our core end markets, and has a strong understanding of the company’s capabilities and business model. With AEI’s longer-term commitment, strategic vision, deep capital base and relevant investing and operating experience, we believe that CDI will strengthen its market position and its delivery of value-added engineering, IT and staffing solutions.”

In light of the agreement with AEI, CDI said it will not host a conference call to discuss second quarter results or provide a business outlook.

CDI shares have risen 11 percent since the beginning of the year. In the final minutes of trading upon release of its second quarter numbers, shares hit $8.20, an increase of 42 percent in the last 12 months.