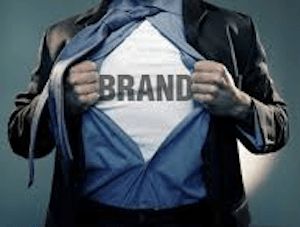 October 25, 2016 – Executive search firm Herbert Mines Associates has recruited Wendy Kahn as chief executive officer and brand president of Stuart Weitzman, a high-end shoe company owned by Coach Inc. She succeeds Wayne Kulkin, the brand’s current CEO, who will become a consultant to Coach. In the past, Herbert Mines has filled various roles for Coach Inc. including president and chief operating officer, as well as SVP of global customer experience.

Ms. Kahn joins Coach from Valentino Fashion Group, S.P.A., where she was CEO – Valentino, USA and V.F.G., USA & Canada, with full functional oversight of the subsidiary across all channels and areas of the businesses. Previously, she served as senior vice president of sales, marketing and retail for Valentino from 2006 to 2008. Prior to joining Valentino, Ms. Kahn held progressively more senior leadership roles at LVMH Moët Hennessy Louis Vuitton, and at brands including Marc Jacobs, Celine and Pucci.

“Wendy’s success in developing global luxury brands and extensive general management experience make her the ideal candidate to lead Stuart Weitzman, building on the brand’s strong foundation,” said Victor Luis, Coach CEO. “She is highly regarded as a brand champion and for her ability to drive growth in both wholesale and retail channels and across categories including footwear, apparel and accessories.”

“Coach is an exceptional company and Stuart Weitzman is a brand I’ve long admired, fusing fashion and fit, with a unique positioning at the gateway to luxury,” said Ms. Kahn. “I look forward to contributing to its growth and partnering with the entire leadership team.”

“In Wendy, we have found a leader that respects our culture, understands luxury brands and offers us the leadership skills and management experience to enable us to realize our full potential,” said Stuart Weitzman, executive chairman of the Stuart Weitzman brand.

Coach is a leading New York design house of modern luxury accessories and lifestyle brands. In 2015, the company acquired Stuart Weitzman, a global leader in designer footwear, sold in more than 70 countries and through its website.

According to recruiters specialized in finding retail sector leadership, retailers face major shifts in the workplace that require transformational CEOs who are innovative leaders with a world view.  According to Herbert Mines, 31 percent of incoming retail CEO’s are, indeed, focused on international expansion as a key strategic priority, making that global mindset a competitive differentiator. In the case of this search, a brand champion was sought, but who also had deep sector experience and cultural awareness.

As competition in the field intensifies for leaders of all stripes, retail CEO turnover is accelerating. According to Herbert Mines, in recent years, 47 percent of public retail companies with revenues exceeding $1 billion experienced a chief executive change (up from 34 percent during the previous three years). Since 2007, 71 percent of retail companies have experienced a switch in CEO.

Here is a look at a few recent top line placements that the New York-based recruitment provider has recently completed, all found in the Hunt Scanlon archives:

Check Out These Related Articles On Recruiting for the Retail Sector: