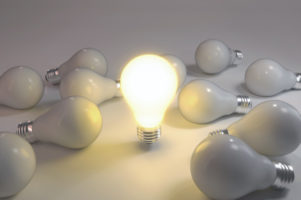 May 6, 2019 – Executive recruitment firms have made a number of top leadership appointments in the past year, many focused on strategy, growth, branding efforts and operations. The latest: Houston-based executive search firm Beecher Reagan has welcomed former North Highland Worldwide Consulting executive Angela Navarro as its president and chief operating officer, a new role with the company.

“Angela’s appointment is a clear reflection of how far we have come as a major player in the search and leadership firm sector,” said Clark Beecher, managing partner of Beecher Reagan. “Her success leading and growing recruiting firms and driving growth as the head of global operations for a management consulting firm strengthens our leadership team and positions us for greater impact and service to our clients. We are not only excited but honored to have her.”

Ms. Navarro joins Beecher Reagan directly from the management consulting industry. She most recently held the role of senior vice president of global operations at North Highland Worldwide Consulting. Ms. Navarro has more than 20 years’ experience within the professional staffing and search industries, building a strong and consistent legacy of developing internal teams and external alliances to stimulate and deliver year-over-year growth and profitability. Moreover, Ms. Navarro has a proven track record in strategic planning and sustainable continuous improvement.

“I’m thrilled to be joining Beecher Reagan,” Ms. Navarro said. “I’m not only drawn to the company’s outstanding brand and value proposition, but also to the emphasis placed on client attention and results. Having spent recent years overseeing workforce solutions at a global management consulting firm, I have a keen understanding of what is required in the industry from a talent perspective,” she said. “I am excited to bring that insight into Beecher Reagan where it can be leveraged to expand our services and overall commitment to our clients.”