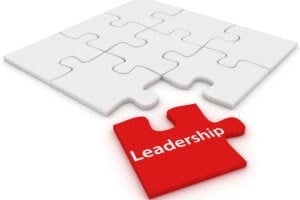 April 1, 2019 – Executive recruitment firms have made a number of top leadership appointments in the past year, many focused on strategy, growth, branding efforts and operations. The latest: InveniasPartners, a Chicago-based healthcare executive search and talent advisory services firm, named Joseph E. Fournier as vice chairman and president. He joined the firm as a partner and chief people officer last year.

Mr. Fournier previously served as senior vice president and chief people officer of Intermountain Healthcare. Before that, he held executive leadership positions at the University of Michigan Health System as well as UMass Memorial Health Care, leading both systems through significant change and transformation.  Earlier in his career, he was an in-house attorney, general counsel and Air Force officer.

“Joe has ignited a spirit of growth at InveniasPartners,” said Curt Lucas, managing partner and founding chairman. “Our firm serves national healthcare clients with a relentless focus on excellence, innovation, and service.”

“As a military veteran, Joe has reinforced our commitment to diversity and inclusion through increased engagement with executives with non-traditional backgrounds and from under-represented communities,” he said. “Joe’s firm belief in servant leadership aligns neatly with the mission-based health care institutions that we serve and propels the professional development of our own team members.”

“Healthcare is a people business first and foremost, so patients, caregivers, and consumers are a top priority for the industry today and in the future,” said Mr. Fournier. “At InveniasPartners, we believe in the uniqueness of every human being and the power of every individual to transform the world. That means we embrace fresh ideas and ground them in practical experience. I’m delighted to be working more closely with Curt to identify and recruit top leaders for healthcare organizations that are rapidly evolving while delivering vital care, research and wellness programs each day.”