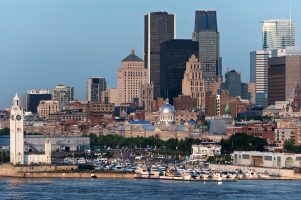 June 13, 2016 – Russell Reynolds Associates has opened an office in Montreal. Brigitte Simard, a managing director with international executive search experience, has been appointed to lead the firm’s new operations.

The Montréal office is the firm’s third office in Canada after Toronto and Calgary, and its 46th office worldwide. The new office further strengthens the firm’s commitment to the Québec and Eastern Canada market, and will serve a wide range of Canadian and global organizations.

“I am excited for the continued growth of the firm in the Canadian market,” said Ms. Simard. “We are already working closely with Canadian companies in order to develop world class leadership, succession, and retention plans that recognize the increasingly global nature of commerce while also observing local and regional market interests.”

Ms. Simard is a member of the firm’s consumer and industrial sectors. She conducts executive searches and works with boards across a number of functional areas, including financial services and the retail industry. She is involved in the business community of Greater Montreal, sitting on the Montreal board of the Canadian Club, serving as a member of Women in Quebec Finances as well as the International Women’s Forum and the Women Corporate Director.

Russell Reynolds Associates expanded its North American presence in 1996 with the addition of its first Canadian office in Toronto. The firm then opened a Calgary office in 2011 to enhance its ability to serve clients in the growth regions of Western Canada.

Lisa Porlier serves as the deputy country manager in Canada while Andy MacRae leads the firm’s activities in Western Canada.

A number of executive search firms have expanded their Canadian operations in recent months. Here’s a look at just a few: