Menu
View our Events
Stay Connected:
The beleaguered financial giant is hoping that a new leader, perhaps a female, probably from outside, can right the ship. Let’s preview some possible candidates for one of America’s top banking jobs. 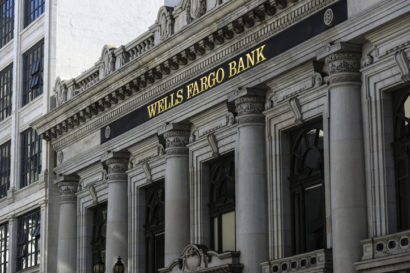 April 29, 2019 – Wells Fargo & Company’s board of directors has retained executive search firm Spencer Stuart to recruit a new chief executive officer. The banking giant is looking to hire a leader, preferably a woman, to take on the challenges of the organization’s tainted public image and regulatory issues, according to sources in the executive search industry and a report by Reuters. CEO Tim Sloan abruptly left the bank last month. He was the second to depart in the wake of ongoing scandal and miscues.

Mr. Sloan opted to step down because his presence was hurting the company, he said in a conference call after the announcement. “It has become apparent that the focus on me has become a distraction that impacts our ability to successfully move Wells Fargo forward,” he said.

The board said in a statement that it was best to seek an outside candidate to replace Mr. Sloan. The bank’s general counsel, C. Allen Parker, will serve as interim CEO while Spencer Stuart conducts the search.

“Accordingly, we will immediately initiate an external search and have selected Allen to serve as interim CEO,” she said. “During this search period, the board and I will work closely with Allen and the company’s leadership team to continue to move forward on Wells Fargo’s goals and commitments.”

The bank is looking to become the only major U.S. banking institution with a female CEO, and hopes the new optics will boost its image with the public, as well as banking regulators and politicians, after a 2016 scandal in which it opened millions of accounts without customer authorization.

Diversified Search Places CEO at Federal Reserve Bank of San Francisco
Diversified Search placed Mary Daly as the 13th CEO of the Federal Reserve Bank of San Francisco. Dale E. Jones, the firm’s president and CEO, led the assignment along with board practice head Veronica Biggins. Ms. Daly, who is openly gay, will become the third woman among the 12 presidents of the Fed’s regional banks.

In 2018, Wells Fargo said it would take “any appropriate action” following a wide-ranging investigation into gender bias at the bank after several female employees raised complaints about discrimination. The pledge followed allegations, first detailed in the Wall Street Journal, that Jay Welker, president of the firm’s private bank and wealth management head, said that women should be home taking care of children instead of working.

Other bank-wide accusations have included women being passed over for jobs as well as bias that has kept any woman from rising to a senior managing director role, according to the Wall Street Journal.

Seeking a fresh start by enlisting an outsider is an approach that has gone unused for a while. The nation’s four largest commercial banks haven’t made such a move since a wave of mergers took place in the 1990s. Here are five of the most likely outside candidates according to Bloomberg:

Wells Fargo & Company is a diversified, community-based financial services Company with $1.9 trillion in assets. Founded in 1852 and headquartered in San Francisco, the company provides banking, investment and mortgage products and services, as well as consumer and commercial finance, through 7,800 locations, more than 13,000 ATMs, the internet and mobile banking, and has offices in 37 countries and territories.