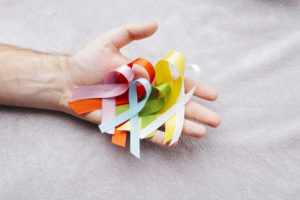 May 15, 2019 – Stupid Cancer, a non-profit that serves young adults with cancer, has retained New York City-based executive search firm Harris Rand Lusk to lead its search for a new CEO. Managing partner and CEO Jack Lusk is leading the assignment, along with Elly Kirschner, director of healthcare and advocacy.

Matthew Zachary, the cancer group’s founder and CEO for 12 years, recently transitioned out of the role. Stupid Cancer is looking for a CEO who can build on the organization’s past successes, bring it to the next level and ensure its longevity.

Based in New York City, Stupid Cancer’s CEO will be expected to oversee, grow and diversify funding, programming and communications. Working closely with the group’s board of trustees and chief operating officer, the next leader will help to develop and execute a strategic plan to ensure continued focus on the issues surrounding individuals affected by young adult cancer. “The CEO must be able to articulate a vision, present it to the board and build consensus around organizational goals and objectives,” said Harris Rand Lusk.

Stupid Cancer has momentum, a strong and supportive community, and the potential for meaningful growth, said the search firm. Stupid Cancer wants a dynamic and credible leader who has the experience to move the organization forward. “This critical and visible position requires a leader with an outwardly facing personality who can advocate successfully and passionately on behalf of Stupid Cancer and the communities it serves, said Harris Rand Lusk.

The CEO will be charged with developing and implementing creative funding strategies, with an emphasis on working with corporate partnerships, as well as marketing programs and services developed by Stupid Cancer. A significant part of the role will be building, cultivating and maintaining partnerships and relationships in order to expand the profile and reach of Stupid Cancer.

The CEO must be a self-starter who shares the board’s commitment to Stupid Cancer’s core mission with the proven ability to foster the growth of an organization. “She or he will lead the drive to increase the organization’s visibility and be able to actively engage the young adult cancer community, both those who are currently dealing with cancer as well as young adult cancer survivors,” the search firm said. “The CEO, if not already knowledgeable, should have a willingness to learn about the challenges facing individuals affected by young adult cancer.”

Stupid Cancer wants someone with demonstrated ability in public relations, including branding and marketing to enhance organizational visibility and positioning. The individual should be an accomplished fundraiser at ease in the role of seeking and asking for individual and major gifts. The incoming leader should also be comfortable with and have basic proficiency in most major social media platforms, including Facebook, Twitter, Instagram, Google Analytics, Google AdWords, SEO and others.

Stupid Cancer is the preeminent organization focused on advocacy, education and support for those affected by young adult cancer. Its mission is to empower, support and improve health outcomes for the young adult cancer community.

Harris Rand Lusk is dedicated to non-profit and public service organizations. The firm is comprised of consultants with decades of experience in non-profit administration and government. It has completed hundreds of searches. Its search methodology is client-centered and solution-driven, emphasizing diversity and inclusion.

Mr. Lusk’s broad-based management experience, combined with an extensive public affairs background, gives him insight into what makes an organization successful. With nearly 20 years of executive search experience, he speaks widely on the subject and is often called on to provide advice on leadership. Mr. Lusk has focused on building a nationwide practice placing top leaders in the non-profit and government sectors. Prior to executive search, he was a senior vice president of the New York City Transportation Authority.

Ms. Kirschner has been with Harris Rand Lusk since 2010. She specializes in healthcare, education and advocacy searches. She previously worked with a variety of non-profit organizations in the areas of program management, communications, and marketing. Ms. Kirschner served as program director at the Young Survival Coalition, and as the director of breast cancer information at the National Alliance of Breast Cancer Organizations.

Check Out These Related Articles On Search For Cancer-Focused Organizations: