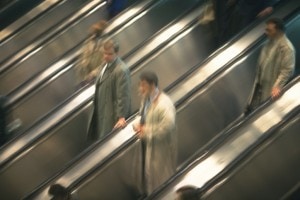 March 29, 2016 – Seventy four percent of employees are open to a new job – despite the fact that many of them are satisfied in their current one, according to the latest 2016 Jobvite Job Seeker Nation Study released by Jobvite. Thirty-nine percent of respondents report that it is more difficult to find a new job this year than in 2015, while 19 percent find it easier.

According to the report, employees are generally optimistic in the long run (44 percent) that they’ll be able to find a job that suits their skills and qualifications. And while 74 percent of all workers are satisfied with their jobs – two thirds of them are still open to new employment, highlighting how looking for a new job has become the de facto state for many.

This goes hand-in-hand with findings from other reports that younger workers see career change as a constant; 42 percent of millennials expect to change jobs at least every one to three years.

A recent report by CareerBuilder found millennials to be job-hoppers. Three in 10 employees ages 18 to 34 (30 percent) expect to have a new job by the end of 2016, compared to 23 percent last year.

Social media also continues to be a powerful tool in everyone’s job search, and Facebook has the upper hand. Sixty-seven percent of job seekers use Facebook while only 35 percent use Twitter. Meanwhile, 59 percent use social media to research the company culture of organizations they are interested in.

The growing role of social networks in job searches has been reported by other leading employment concerns as well.

According to the Work Trends report released by Adecco Group, LinkedIn was found to be the most popular platform for professional job seeking purposes, for both recruiters (61 percent) and job seekers (34 percent), whereas Facebook is the go-to network for all social activities including personal branding. Just over a fifth of job seekers interviewed for the survey said they were contacted by a recruiter through social media.

The Society for Human Resource Management survey, “The Importance of Social Media for Recruiters and Job Seekers” found that nearly two-thirds of companies (65 percent) found new hires through social media in the past year. The study revealed that 57 percent of organizations found new employees through LinkedIn, 30 percent through professional or association network sites, and 19 percent through Facebook.

Social media has also been a valuable source for researching and identifying potential employees. The Jobvite report revealed that 92 percent of recruiters are using social media in their outreach. Job seekers are aware, and are becoming more careful about what their profiles reveal.

The Jobvite study also explored the ways technology is changing how we look for work, and even the very nature of a job. Gig-type jobs through companies like Uber or Airbnb are part of the new normal: nearly one-fifth of all job seekers polled have held a job in the gig economy, and of those, 56 percent report that this has been their main source of income. At the same time, the technology to automate jobs has arrived, with the potential to transform the workforce. A full 39 percent of respondents expressed concerned, therefore, about their position being automated or made obsolete in the next five years.

And to find that perfect job, employee referrals reign supreme. Twenty-four percent of respondents surveyed said that employee referrals helped them find their most fulfilling job. However, for women in the middle of their careers, internet job boards remain a strong resource, with 20 percent of women aged 30-39 citing them as the source of their most fulfilling job.

Much of Jobvite’s research concurs with research released by The Boston Consulting Group and Recruit Works Institute. Its report found that internet job sites and referrals were the most effective channels for finding a job. Among all respondents, 33 percent rated internet sites most effective, and 19 percent said referrals were the top channel. Considering these ratings as a percentage of the users of the channel in question, 60 percent of internet job site users, 59 percent of referral users, and less than 33 percent of the users of paper media and public services said that the channel was the most effective.

Jobvite also found that different channels are more successful for certain activities than others:

“These findings emphasize the fact that the way we look for work, and the way we work, is changing significantly. The gig economy’s rapid growth is remarkable and the data demonstrates that the modern job seeker is now more flexible than ever,” said Dan Finnigan, Jobvite CEO. “As job tenure decreases, workers and companies alike are embracing new platforms like social media and mobile to keep pace with the continuously evolving economic landscape.”

Interestingly, according to the Jobvite report, the 2016 election is highlighting varying concerns about the future of the economy:

Check Out These Related Articles On Hiring Sentiment: