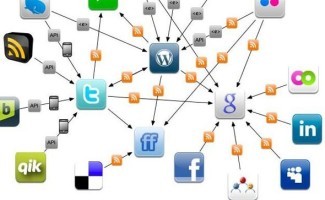 December 1, 2015 – The role of social networks and mobile platforms in the job seeking and recruiting process is becoming more relevant, with an expansion of technologies expected soon, according to the 2015 Work Trends report just released by Adecco Group.

Over 31,000 job seekers and more than 4,100 recruiters from 26 countries took part in Adecco’s survey — making it one of the largest of its kind — sharing their opinions and experiences on the use of social media for recruitment and job search practices.

The data analyzed provides insights into the use of social media for professional purposes, its effectiveness in matching job seekers with open positions, the relevance of web reputation and its impact on the recruiting industry at both the middle and senior levels.

Among social networks, LinkedIn remains the most popular platform for professional purposes, for both recruiters (61 percent) and job seekers (34 percent), whereas Facebook is the go-to network for all social activities including personal branding.

Out of the total job search or recruitment activity spent online, both job seekers and recruiters spend most of their time with job boards and corporate websites. In this comparison, social media ranks third and has thus a much lower priority.

A third of recruiters say they ask candidates about their presence on social media and almost the same number say they have rejected at least one candidate because of the content that was posted online. The most frequent reasons for rejection are contradictory information between an online and offline CV, an assessment of personality traits and posting of improper or unsuitable images.

Job seekers use the web to evaluate the reputations of companies with over two-thirds of respondents  reporting that their main preference remains Google or reputation websites, despite the fact that specific websites exist, such as Glassdoor or Kununu.

The Adecco study also revealed that job seekers are more mobile than recruiters. Sixty-five percent of job seekers frequently or sometimes use a mobile device for online job searches, whereas among recruiters, this figure drops to 41 percent when searching for a candidate or highlighting open positions.

Numerous other reports have surfaced showing the increasing role social media is having on recruiting. The Society for Human Resource Management survey, “The Importance of Social Media for Recruiters and Job Seekers” found that nearly two-thirds of companies (65 percent) found new hires through social media in the past year.

More than three-quarters of respondents said it was very or somewhat important for job seekers in a range of professions — from information technology to construction — to have a social media presence. Careers that HR professionals ranked as most important to have a social media presence included communications, media & public relations (82 percent), marketing & sales (79 percent), and advertising (76 percent).

An exhaustive in-house recruiting report by Hunt Scanlon tracking talent acquisition professionals and their recruiting habits across the U.S. found that 95 percent of respondents ‘regularly use’ LinkedIn as a primary candidate sourcing technology, while Facebook and Twitter were clearly seen as secondary platforms. Twitter, according to the Hunt Scanlon report, was seen as a ‘quick, thought leadership sharing platform’ used to communicate with candidates. Facebook, rated third, was seen as a ‘resource to reach younger people in the workforce, and those in the beginning stages of building their careers.’