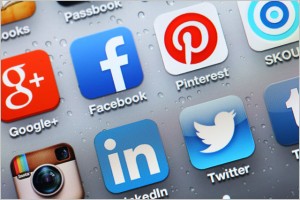 November 11, 2015 – Nearly two-thirds of companies (65 percent) found new hires through social media in the past year, according to a just-released Society for Human Resource Management survey entitled The Importance of Social Media for Recruiters and Job Seekers. The report was produced in collaboration with Ascendo Resources.

More than three-quarters of respondents said it was very or somewhat important for job seekers in a range of professions — from information technology to construction — to have a social media presence. Careers that HR professionals ranked as most important to have a social media presence included communications, media & public relations (82 percent), marketing & sales (79 percent), and advertising (76 percent).

Other recent reports have found similar results. According to data released by Peoplefluent, 69 percent of recruiting professionals said that social recruiting was one of the top five actions facilitated by technology for successful talent acquisition strategies.

Adecco Group’s ‘2015 Work Trends Study’ reported that among social networks, LinkedIn remains the most popular platform for professional purposes, for both recruiters (61 percent) and job seekers (34 percent), whereas Facebook is the go-to network for all social activities including personal branding. The report found that for job seekers, the probability of being contacted by a recruiter increases with the number of social networks they use: by being active on one network, the probability of being contacted by a recruiter is 16 percent but increases to 46 percent when a candidate uses all five of the main global platforms.

According to another report by Jobvite tracking hiring professionals in the U.S. and U.K., 92 percent of corporate recruiters in the U.S. are using social media to enhance their candidate identification capabilities. That near-religious use of technology is keeping American recruiters and their in-house counterparts way out front in the hunt for global talent. By contrast, only 40 percent of U.K. corporate recruiters say they are using social media effectively in candidate sourcing.

An exhaustive in-house recruiting report by Hunt Scanlon tracking talent acquisition professionals and their recruiting habits across the U.S. found that 95 percent of respondents ‘regularly use’ LinkedIn as a primary candidate sourcing technology, while Facebook and Twitter were clearly seen as secondary platforms. Twitter, according to the Hunt Scanlon report, was seen as a ‘quick, thought leadership sharing platform’ used to communicate with candidates. Facebook, rated third, was seen as a ‘resource to reach younger people in the workforce, and those in the beginning stages of building their careers.’

So what is the best way for job seekers to present themselves socially? The SHRM report states that 77 percent of HR professionals say a complete profile is essential and 73 percent said to keep public content professional. Nearly one-half of HR professionals (47 percent) suggested joining social media groups that are relevant to one’s career. More than one-third recommended focusing posts on accomplishments and skills that are helpful to an employer (39 percent), making frequent updates to one’s profile (38 percent), and only having connections/followers relevant to one’s career (35 percent).

But clearly the number of companies that believe they can “do it on their own” is intensifying, according to Hunt Scanlon’s in-house recruiting white paper. That is adding pressure on the five or six largest search firms to expand their human capital service platforms while giving a leg up to their specialist boutique rivals who can tout personal attention, speed, reliability and flexible fees.

“In-house recruiting is widely seen as the biggest competitive threat to ever hit the executive recruiting sector, as traditional methods of recruiting have been cast aside in favor of searching virtual networks,” said Scott A. Scanlon, Hunt Scanlon’s founding chairman. “The emergence of social media technologies has been nothing short of transformational for the executive search business.”

One positive outcome for executive recruiters, according to the report, is the expanding field of global talent management. “We see combined service offerings from both traditional and virtual recruiting coming soon – and that fusion is where the next big opportunity is,” said Mr. Scanlon.

The top reason for outsourcing recruitment was the need to hire quickly (cited by 49 percent), followed by gaining access to the vendor’s talent/expertise (36 percent). One out of five organizations said that their company/industry had difficulty attracting specific types of talent (20 percent) or wanted to allow HR staff to focus more on strategy (19 percent).

This uptick has led to new terms such as “crowdsourcing,” which is enlisting the services of a number of people via the Internet by outsourcing tasks to a broad, loosely defined external group of people. Launched in June, ReferralMob is a new startup that helps tech companies fill job openings through crowdsourcing and monetary incentives.

“Crowdsourcing is the next evolution of social media platforming in the talent space,” said Mr. Scanlon. “It has the potential of revolutionizing the hiring process at every single level, from entry level jobs to senior level corporate positions, because we all know somebody, and that’s the beauty and the power of crowdsourcing. Everyone joins in.”