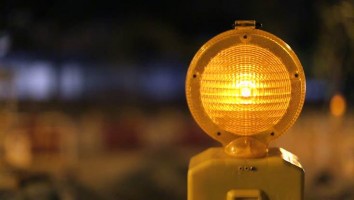 March 18, 2016 – For the fourth quarter in a row, CEO expectations on the economy remain mixed, indicating an economy performing below its potential, according to the Business Roundtable’s first quarter ‘2016 CEO Economic Outlook Survey.’

This is the second recent indication from senior executives that hiring might be moderating in the coming months.

“The American political season that is unfolding seems to be weighing more heavily than usual on executive sentiment and it is definitely affecting the hiring mood,” said Scott A. Scanlon, founding CEO of Greenwich-based Hunt Scanlon Media. “In all likelihood, hiring plans will continue to moderate right through to November. After that, all bets are off as to the direction in which sentiment will head for 2017 — it all depends on who gets elected as our nation’s next chief executive.”

In their second estimate of real GDP growth for 2016, CEOs expect 2.2 percent growth, down from their 2.4 percent estimate at the end of 2015. “Mixed expectations for near-term sales, investment, hiring and growth point to an economy that continues to lack momentum,” said Doug Oberhelman, chairman and CEO of Caterpillar Inc. and chairman of Business Roundtable.

Nevertheless, according to the survey, 34 percent of respondents expect their company’s U.S. capital spending to increase in the next six months, up from 30 percent in the fourth quarter survey.

“These results only reinforce the need for Congress and the administration to act this year to enact policies that boost job creation and economic growth, such as modernizing America’s outdated business tax system and embracing a smart regulatory environment,” said Mr. Oberhelman.

The Business Roundtable ‘CEO Economic Outlook Survey,’ conducted quarterly since 2002, provides a forward looking view of the economy by Business Roundtable member CEOs. The survey is designed to provide a picture about the future direction of the U.S. economy by asking CEOs to report their plans for their company’s sales, capital expenditures and employment in the next six months.

Despite these mixed signals about the immediate future, the unemployment rate continues to inch down and employers have been adding new jobs at a steady rate at a time of the year when hiring usually slows after a busy holiday season.

The most recent labor report found an unchanged unemployment rate of 4.9 percent as employers added 242,000 jobs in February. This caps 72 months of uninterrupted job gains, the longest streak on record. This also follows a positive jobs outlook in January when the unemployment rate fell below five percent for the first time since 2008.

Twenty-two percent of U.S. employers anticipate increasing staff levels during this quarter, according to the latest ‘Manpower Employment Outlook Survey,’ released by ManpowerGroup. Four percent of employers expect workforce reductions. But an overwhelming majority of respondents, 72 percent, expect no change in hiring plans at all. “Uncertainty is clearly causing hiring folks to take a long pause right now to reevaluate,” said Mr. Scanlon.

Even so, the U.S. labor market is strong compared to the global situation, with the economy still generating a sufficient number of jobs to keep the unemployment rate down, said Kip Wright, senior vice president, Manpower North America. “However, we now live in a world of ‘certain uncertainty,’ where increased volatility may be here to stay,” he added.

Other recent studies that have looked at hiring for the entire year have shown an upbeat outlook.

CareerBuilder’s job forecast found that 36 percent of employers plan to add full time, permanent employees this year. Nearly half of employers (47 percent) plan to hire temporary or contract workers. But whether those workers might now replace full time hires remains to be seen.

Lastly, a recently released annual hiring survey by DHI Group found that 61 percent of HR managers and corporate recruiters anticipate more hiring in the first half of 2016 as compared to the second half of 2015. In the next six months, 17 percent of companies surveyed plan to hire 30 percent or more professionals, up five percentage points from the prior year.

“We’ve got a real strong job market going,” said Carl Tannenbaum, chief economist at Northern Trust. It does suggest, he added, that fears about a U.S. recession have been greatly overdone.

Mark Zandi, chief economist at Moody’s Analytics, agreed. “Job growth remains strong despite the turmoil in the global economy, the political scene and financial markets. Manufacturers and energy companies are reducing payrolls, but job gains across all other industries remain robust.” The U.S. economy remains on track to return to full employment by mid-year, he predicted.

Check Out These Related Articles On the Hiring Outlook for 2016: