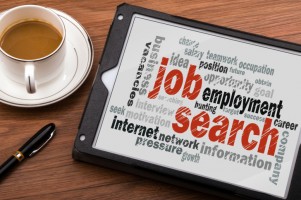 March 23, 2016 – The aggregate average amount of job applicants per open job declined from 24 in the first quarter of 2015 to 21 in the fourth quarter of last year, consistent with the tighter labor market indicated by data from the U.S. Bureau of Labor Statistics. This is according to iCIMS, Inc.’s just released quarterly ‘U.S. Hiring Trends’ report, which analyzes the talent supply-to-demand ratio and the average number of days it takes U.S. employers to fill open positions across various industries, geographical locations, and company sizes.

The information industry (which includes media and telecommunications companies) had the highest average number of applicants per job filled in each quarter of 2015, followed by the public administration industry. The category ‘professional and business services’ had the lowest supply of applicants among industry categories in the U.S., with an average of 19 per open position.

All regions saw a decline in their talent supply-to-demand ratios over the course of 2015, but in the Midwest it fell to 17 in Q4, whereas the other three regions saw ratios of 20 to 25 in the same period. The Midwest also posted the second-longest time to fill, implying challenges in attracting and screening qualified applicants.

Large and enterprise businesses both saw moderate but distinct declines in Q4 (to about 20 or 21), possibly related to a spike in postings for seasonal positions. In contrast, medium and small businesses saw their talent supply-to-demand ratios rise in Q4.

iCIMS’s report also looked into how long it takes employers to fill a position. Employers spent 44 days, on average, to fill a job in 2015 and the timeline extended slightly over the course of the year.

For financial activities, time-to-fill declined from 43 in Q1 to 41 in Q4. The professional and business services category had the third fastest time-to-fill metric across 2015, with an average of 42.5 days to fill a job.

Unsurprisingly, the public administration category took longer to fill a given job than any other industry, with an average of 57 days. Government employers also took the longest time to fill a job in every quarter of 2015.

Hiring policies and processes, such as interview length and specialized qualifications, have significant effects on hiring times. In the report, ‘Why is Hiring Taking Longer?’ Dr. Andrew Chamberlain, chief economist at Glassdoor, found that job interview processes are getting longer, both in the U.S. and abroad. According to research from Glassdoor, the average interview process extended to 3.7 days in 2015 from 3.3 days in 2009.

“Right now hiring delays can represent money left on the table both for workers and employers. There has been surprisingly little research on ‘interview durations’ from the job seeker’s perspective, and how company HR policies influence delays in job matching throughout the economy,” said Dr. Chamberlain. “This Glassdoor research report helps fill this gap by providing new insights about the time required for job matching from the individual job seeker’s perspective.”

Glassdoor’s research also revealed that hiring times in the U.S., Canada, and in many major European markets and Australia are growing as employer screening methods — including background checks, drug tests, and skills & personality assessments — are rising.

A separate survey of 900 recruiters and 6,000 hiring managers across the world by management advisory company CEB found that between 2010 and 2015 the average time it took to fill a position increased more than 50 percent. To some extent, this likely reflects the strengthening of the global economy coming out of the global financial crisis and the Great Recession in the U.S.

An elongated time to fill positions can create challenges for both job seekers and recruiters. For job seekers, longer timelines can make it difficult to juggle multiple recruitment processes and lead to sub-optimal matching, which can have a long-lasting impact on individual workers’ lives. For employers, an elongated hiring cycle can affect their bottom line. CEB estimates that the average vacancy costs upwards of $500 a day per open position. Over the 44 days that iCIMS found as its clients’ average time to fill, that amounts to a loss of $22,000 in recruiting costs and lost productivity.

“Our comprehensive data from 2015, consistent with figures from the Labor Department’s employment report, shows other aspects of tightening in the labor market, such as a noted decline in applicants per new hire,” said iCIMS chief economist Josh Wright. “More job openings across the U.S. means stiffer competition among employers. Candidates now find themselves with more options and, in some cases, more than one offer. For employers, the importance of fine-tuning their recruiting practices is only growing.”

The iCIMS report comes on the heels of several mixed reports on the U.S. economy:

Lucas Group’s “SMB Job Generation Outlook’ found that shifts in the economic and employment outlooks of America’s small to mid-sized business sector have generated a mixed set of market trends, with optimism among the polled group moderating.

Manpower’s most recent Employment Outlook Survey found stable, but moderating hiring plans among U.S. employers for the second quarter of 2016. Of the more than 11,000 U.S. employers surveyed, only 22 percent anticipate increasing staff levels during the quarter. Four percent of employers expect workforce reductions, but an overwhelming majority of respondents, 72 percent, expect no change in hiring plans.

Check Out These Related Articles On the Hiring Outlook for 2016: