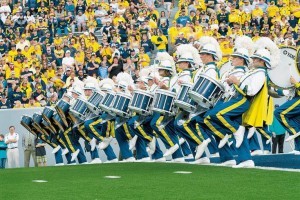 January 25, 2016 – Brentwood, TN-based The Human Capital Group, Inc. has placed Cris DeBord as vice president of talent and culture (CHRO) at West Virginia University. Steve Hayes, founder and senior partner at the Human Capital Group, led the search. Founded in 1867, WVU is a public university with a total enrollment of more than 29,000 students.

Previously, Mr. DeBord was vice president of talent management at Dollar General. While there, he was responsible for organizational development, training, recruiting and diversity. Prior to joining Dollar General, he held leadership positions in human resources at Westinghouse, Whirlpool, Pepsi, Highmark and Home Depot.

“Cris is well suited to lead talent and culture, as the CHRO for WVU. The leaders of WVU are embarking on aggressive growth and change initiatives, and Cris, as an alum himself, will be a key player at the leadership table to ensure sustainable and successful outcomes,” said Mr. Hayes.

Human Capital Group has completed similar searches in the academic medical space for Vanderbilt University and Duke Clinical Research Institute, as well as for many for-profit corporations. Founded in 2000, the firm has offices in Tennessee, Georgia, and South Carolina and can tap into a global network of affiliate offices; last summer the firm joined Cornerstone International Group, a global network of executive search and leadership development specialists with 67 offices in 35 countries.

Check Out These Related Articles on CHROs: