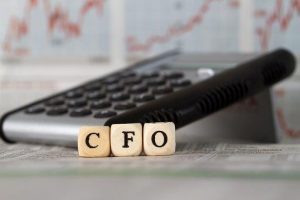 During a roughly 90-day-plus search process, Chatham-Kent considered a number of prospective candidates, selecting Mr. Quenneville, who’s been serving in this role on an interim basis since November. He brings extensive executive experience having served as president and CEO at the Sault Area Hospital and at Wellington Health Care Alliance. He also has extensive experience in the Chatham area of Ontario having served as CFO at St. Joseph’s Hospital.

“I am honoured to join the organization and champion the healthcare needs of our community,” said Mr. Quenneville. “I look forward to collaborating with the Chatham-Kent Health Alliance’s dynamic team while ensuring that we add value and accountability to the health system.”

Delivering quality care to residents of Chatham-Kent, South Lambton and Walpole Island, Chatham-Kent Health Alliance is a 200-plus bed community hospital system, equipped with state-of-the-art facilities and technologies. It is comprised of 1,350 staff, 251 credentialed healthcare professionals and 500 volunteers who care for thousands of inpatients, outpatients and emergency patients annually, with an average patient satisfaction rate of 92 percent.

Waterhouse Executive Search provides executive search services to a wide array of business sectors across Canada and throughout the Pacific Northwest. Headquartered in Vancouver British Columbia, the firm has dedicated executive search practitioners operating in major cities including Saskatoon, Winnipeg, London Ontario, Toronto, and Bellevue, WA. It has managed a wide variety of client engagements in the public, private and not-for-profit business sectors. Just recently Waterhouse placed CFOs at Geneva Center for Autism and The Windsor-Detroit Bridge Authority.

Recruiters say a need for top flight financial executives has risen, making CFOs much more in demand than other C-suite leaders. And that begs an interesting question: What are ‘actively-looking’ CEOs most after as they team up with headhunters in the pursuit of their next CFO? The position generally serves as right hand man to the chief executive so the perfect match is critical.

In recent months search firms have placed CFOs at various companies, all with fundamentally distinct and varied backgrounds — from global recruiting to private equity to legal. One thing they all have in common: they’re some of the best finance executives in their respective function. Here’s a look at just a few from the Hunt Scanlon Media archives: