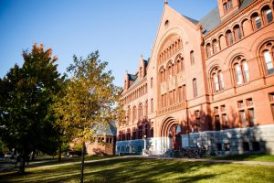 August 3, 2017 – As the new academic year approaches, a number of colleges and universities across the country are opening searches that, if all goes to plan, will provide high-profile leaders to take them into a new era of fundraising, digitalization, sports and, more often the case, globalization.

The provost post is essentially the institution’s chief academic officer. The role entails working closely with the leadership of other Rutgers campuses, academic units, schools, research centers and institutes at the New Brunswick location. The job also calls for managing the academic budget; responsibility for leadership of the school’s educational, scholarly, and research missions; review and approval of recommendations for faculty promotion and tenure; and sitting on the university-wide promotion review committee.

“The ideal candidate for this position will be a noted scholar in his or her own discipline, suitable for a tenured full professor position at Rutgers-New Brunswick,” said Mr. Funk. “He or she must be able to work effectively in a decentralized environment and collaborate with the academic deans to enhance academic excellence across all units.”

He said it is expected that the candidate will have had significant and increasing administrative responsibility in a complex educational environment, preferably including experience as a department chair and/ or dean. “Above all,” he noted, “the successful candidate will have a strong love of learning and the academic enterprise, an insatiable intellectual curiosity, and a demonstrated commitment to America’s public research institutions and the life-changing opportunity the provide to a wide variety of learners.”

Founded in 1766, Rutgers is the nation’s eighth oldest college. Rutgers University-New Brunswick is the flagship campus, with an enrollment of more than 42,000 students (approximately 33,650 undergraduates and 8,600 graduate students). The school employs about 10,000 full- and part-time faculty and staff. Its annual budget is upwards of $1.7 billion.

William Funk & Associates is an executive search firm specializing in higher education executive recruitment. The firm, located in Dallas, has conducted more than 400 searches for university and college presidents and chancellors over the last 35 years. It just recently placed Steven Leath as the 19th president of Auburn University.

Searching for academic leadership has become comparable to searching for leaders of any business enterprise, according to recruiters in the field. And at a time with many academic leaders are retiring or leaving their posts to pursue other interests, the competition to replace them has grown intense. Executive search firms provide universities with guidance when filling these critical roles.

“At a very basic level, colleges and universities typically only conduct president or chancellor searches once every seven or eight years,” said Mr. Funk. “They don’t have the internal expertise or the organization to conduct these searches themselves.” When the need to conduct a president search arises, he added, “boards will reach out to search firms such as ours to help them lead it.” The search process, he concluded, is “complex, fragile, and nuance-laden” and search firms simply have the expertise to get the job done.