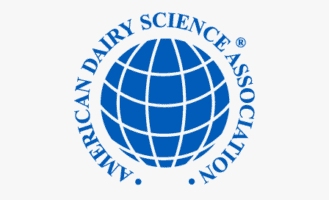 September 10, 2021 – Washington, D.C.- based executive recruitment firm Vetted Solutions has assisted in the recruitment of Jerry Bowman as the new executive director of the American Dairy Science Association (ADSA), a science-based organization working to advance a sustainable global dairy industry. He starts his new role on Sept.13. “I couldn’t be more pleased to welcome Jerry aboard,” said Paul Kindstedt, president of ADSA. “Along with a wealth of experience in association management, Jerry brings an award-winning ability to communicate the importance of science to multiple audiences. He also brings expertise in diversity and inclusion, educational content creation to attract students and early career individuals, and a global perspective through international partnerships. We believe his ability to work with a variety of stakeholders combined with his positive perspective will serve our association with distinction.”

Mr. Bowman currently serves as executive director of the Flavor and Extract Manufacturers Association. In this role, he is responsible for the trade association’s overall strategy, staff management and operations. Prior to this position, Mr. Bowman was vice president of communications at the Institute of Food Technologists, with strategic oversight of marketing, media relations, organizational communications and publishing. He also held positions as senior director of corporate communications at NSF International, vice president of the Goldman Philanthropic Partnerships Foundation, director of public relations at the High Scope Educational Research Foundation and director of public relations at the American Academy of Pediatrics. Bowman holds a master’s degree in journalism from Columbia College Chicago and a bachelor’s degree in telecommunications from Michigan State University.

In his new position with ADSA, Mr. Bowman will work collaboratively within an intellectually and financially robust organization comprising academics, industry personnel and other individuals dedicated to meaningful scientific advancement in all aspects of the dairy industry. Operating in a highly collegial and inclusive environment, Vetted Solutions said that the “he will help manage and administer a wide variety of programs and activities designed to generate the science-based solutions needed to keep the American Dairy Science Association at the forefront of efforts to meet growing global food needs and evolving consumer expectations.”

“It’s a great honor to serve as ADSA’s next executive director, and I truly look forward to working closely with the board and all members to advance the association’s mission and strategic plan in the years ahead,” said Mr. Bowman. “There’s an incredible opportunity to share the story of ADSA members and the dairy industry so that everyone has a greater understanding of the critical role that dairy science plays in fulfilling the needs of a growing world population.”

The American Dairy Science Association is an international organization of educators, scientists and industry representatives who are committed to advancing the dairy industry and are keenly aware of the vital role the dairy sciences play in fulfilling the economic, nutritive and health requirements of the world’s population. The organization was founded in 1906 with 19 charter members. Currently, it has about 3,000 members in student, professional and corporate categories. The American Dairy Science Association’s members hail from over 60 countries, although most reside in North America.