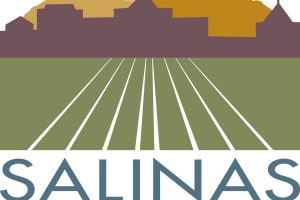 In this role, Mr. Robinson will serve as the top officer of the organization, responsible for all administrative and management functions while executing the mission of the SCEDO. He comes to Salina from his most recent position in Hopkinsville, KY where he served as executive director of the South Western Kentucky Economic Development Council, a public-private tri-county economic development partnership.

Waverly Partners contacted economic development professionals, site selection consultants and other public and private sector leaders over the course of a number of weeks and presented the SCEDO board with a slate of candidates for consideration. The board then conducted formal interviews with four finalist candidates prior to selecting Mr. Robinson for the role.

“We are very excited that Mitch will be leading the SCEDO and our economic development activities,” said Pete Brungardt, SCEDO board chair. “Mitch has experience with economic development start-up organizations and brings an outstanding record of success in attracting new jobs and capital investment. We look forward to his leadership in the years to come.”

“I am honored to join an outstanding team of public and private sector leadership in Salina to advance Saline County’s economic development efforts,” said Mr. Robinson. “Salina is well-positioned to take advantage of many existing assets and I’m looking forward to getting started.”

The Salina Community Economic Development Organization is a newly formed non-profit entity which will actively recruit new business and industry to Saline County. SCEDO is a private-private partnership supported by the City of Salina, Saline County, Salina Airport Authority and the Salina Area Chamber of Commerce, and is led by a nine-member board made up of individuals representing the four partner organizations.

The firm was recently retained by the Center for Health Affairs / CHAMPS Healthcare to lead its search for a new president and chief executive officer. After 14 years of service to the organization, current president and CEO, Bill Ryan, said he is stepping down at the end of the year. Earlier this year, Waverly Partners placed Carlos Phillips as president and CEO of the Greenville Chamber of Commerce. Mr. Phillips previously served as the senior vice president of operations of Greater Louisville Inc. and The Metro Chamber of Commerce of Louisville, KY.