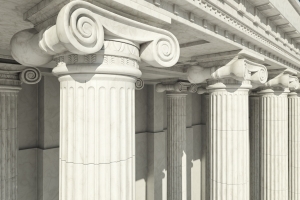 October 13, 2017 – College and universities across the countries are facing new and growing challenges. Financial woes, enrollment concerns, and debates over free speech, among other issues, are all keeping leadership at institutions of higher learning on edge these days. For some schools, survival is even on the line. Recruitment of the right leaders, and choosing a search firm to identify those leaders, has become an increasingly pressing matter.

R. William Funk & Associates, which specializes in searches for higher education, has recently been enlisted to find presidents for two state universities, the University of Utah and the University of Louisville.

For the University of Utah position, ideal candidates should have demonstrated success in a leadership role at a major, complex research institution, said the Dallas-based recruitment firm. Candidates should also have a proven record of scholarly achievement in higher education, appreciation for multiple disciplines, experience and success in fundraising, a commitment to diversity and inclusion, and leadership qualities essential for running a large, culturally diverse, and complex research institution. A terminal degree is also required.

The president, who is appointed by the board of regents, is responsible to the board for overall administration of the university, said R. William Funk & Associates.

The University of Utah is one of eight institutions within the Utah System of Higher Education.  The flagship school, which has an enrollment of 32,000 students, is in Salt Lake City. Founded in 1850, it offers more than 72 undergraduate major subjects and upwards of 90 graduate major fields of study, including law and medicine.

The university is classified by the Carnegie Foundation as a “research university-very high research activity” institution. Many of its faculty members are world-renowned; they include a Nobel Laureate, 12 members of the American Academy of Arts and Sciences and recipients of over 560 faculty awards.

The University of Utah is also a member of the PAC-12 Athletic Conference. Its annual operating budget exceeds $3.4 billion, with $447 million in instruction expenditures and $316 million in research expenditures. For 2016, faculty members were awarded $438,000,000 in research funding.

The school’s influence reaches beyond academics, said the search firm, with an award-winning state-wide, comprehensive health system. It also excels at bringing innovations to the marketplace, and was recently recognized as the best university for technology transfer in the nation. The university — whether faculty, staff, students, or alumni — provides leadership to the state and has developed vital, collaborative relationships between higher education, government, industry, and communities, the search firm said.

The president at the University of Louisville, meanwhile, is described as the institution’s chief executive officer. The individual is responsible for the school’s effective strategic administration, said R. William Funk & Associates. The university is seeking a president who is a proven leader and visionary who can inspire the university community. The next president is expected to have impeccable integrity, extraordinary management abilities, a clear understanding of the mission of a major metropolitan research university and a passion for educating and preparing students for successful lives and careers, said the search firm.

“While the university has had its share of challenges over the past couple of years, the university remains an outstanding public urban research university with an excellent faculty and student body.  A newly reconstituted and highly respected board stands ready to support the new president in inspiring the university community to greater heights,” said the search firm.

Why Universities Have Stepped Up Efforts to Involve Search Firms
Using a search firm to recruit a new president or provost today can cost colleges $100,000 or more in recruiting fees. So, is it worth bringing in outside agencies to help? Estimated fees called for under executive search firm contracts with public colleges and universities for the 2015/2016 academic year averaged $78,769.

The University of Louisville, which has an enrollment of over 22,500 students (approximately 16,000 undergraduates and 6,000 graduates), is a state supported research university located in Kentucky’s largest metropolitan area. The university has three campuses. The Belknap Campus is three miles from downtown Louisville and houses eight of the university’s 12 colleges and schools. The Health Sciences Center is in downtown Louisville’s medical complex and houses the university’s health related programs and the University of Louisville Hospital. The Shelby Campus is located in eastern Jefferson County.

The University of Louisville, founded in 1798, was one of the first universities chartered west of the Allegheny Mountains. It is mandated by the Kentucky General Assembly to be a “preeminent metropolitan research university.” The school employs more than 7,000 faculty and staff, and has an annual operating budget of over $1.3 billion. It has about 150,000 living alumni.

A number of the university’s academic programs are nationally prominent and its Health Sciences Center is widely recognized as a pioneer in artificial heart transplant surgery, hand transplantation and research programs in neurology, melanoma and spinal cord injury, said the search firm. The university is a member of the Atlantic Coast Conference.

R. William Funk & Associates has conducted more than 400 searches for university and college presidents and chancellors over the last 35 years. It recently placed Steven Leath as the 19th president of Auburn University.