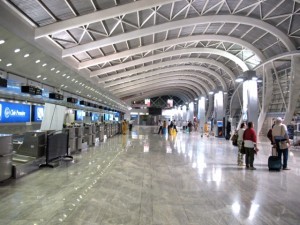 September 18, 2015 – The Ontario International Airport Authority has retained Boyden to lead its search for a new executive director and chief executive officer. Tim McNamara, managing partner in Boyden’s Washington, D.C. office, is heading the assignment. The post is expected to be filled by the end of the year.

“Candidates can come from several disciplines,” said Mr. McNamara. “It’s a challenging opportunity, but I think it’s going to be a role that is going to be coveted because of the opportunity to build something here and put a lasting imprint on this organization.”

Commissioner Curt Hagman said Boyden is looking for someone with the correct personality “to build coalitions and be an ambassador for the airport when meeting new potential businesses and airlines.” Mr. Hagman added: “We want someone who has experience dealing with the airlines because they are our No. 1 clients. We also have to have someone who has an economic development background and someone who has taken underutilized land and grown (this sort of facility). We need a vision that matches up with ours which is to grow this to be a first-class airport.”

Ontario International Airport Authority is a public airport two miles east of downtown Ontario, a city in San Bernardino County, California. It is currently owned and operated by the Los Angeles World Airports (LAWA), an agency of the city of Los Angeles.

Mr. McNamara has over 24 years of senior level international search experience and is a ranking member of Boyden’s global industrial practice, focusing on the aerospace, defense & intelligence sector, transportation, and infrastructure privatization. He has recruited for CEO positions for the Port of Long Beach, Port of Virginia, Belfast International Airport and Quiport (Quito International Airport).