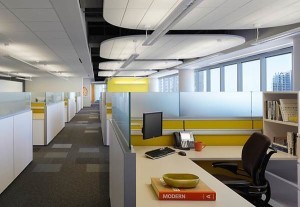 September 24, 2015 – The Metropolitan Airports Commission (MAC) has retained Spencer Stuart to lead its search for a new executive director and chief executive officer.

Current CEO and executive director, Jeff Hamiel, will retire in May 2016 after nearly 40 years of service with MAC. Created in 1943 by Minnesota state law, the Airports Commission is a public corporation providing coordinated aviation services throughout the Twin Cities metropolitan area. The chosen executive director will oversee day-to-day operations at Minneapolis-St. Paul International Airport, as well as six general airports in the metro area, including Airlake in Lakeville, Anoka County-Blaine, Crystal, Flying Cloud in Eden Prairie, Lake Elmo and St. Paul Downtown.

Commenting on the search, which is anticipated to be completed by April, MAC chairman Dan Bovin said: “One of my concerns is that you can bring in someone who’s a rock star from somewhere else in the country, but are they going to leave in five years to go to New York City because they’re going to get so much more money than we pay here? We’ve been talking through, trying to get a handle on that.”

Spencer Stuart recently recruited the executive director role at Los Angeles World Airports (LAWA) and the firm is also leading the top CEO assignment for social media company Twitter, one of the most highly visible and important searches to come out of Silicon Valley in years. Recruiter Jim Citrin, head of Spencer Stuart’s North American chief executive practice, is leading the assignment and is said to be closing in with Twitter’s board on naming a CEO successor. Mr. Citrin has handled a number of high-profile CEO searches in this sector, including the ones that led to the hiring of Marissa Mayer at Yahoo, Léo Apotheker at Hewlett-Packard, and the promotion of Brian Krzanich to CEO at Intel.