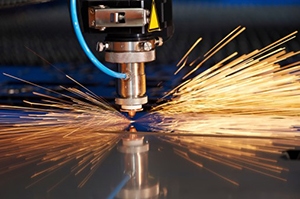 December 18, 2017 – With an increasing global presence, Stanton Chase International has continued its expansion with the addition of Scott Clark as managing director in its industrial, engineering and construction practices.

He will work from the firm’s Chicago and Atlanta offices.

An experienced human resources executive, Mr. Clark has placed hundreds of senior executives in a variety of functions across these sectors. He has over 20 years of experience in executive search and talent acquisition leadership.

In 2011, Mr. Clark was recruited by what was then AMEC (and later became Amec Foster Wheeler and is now Wood Group) to lead the talent acquisition team for the environment and infrastructure division. He was promoted in 2013 to lead talent acquisition for all operating units in the Americas, which includes environment and infrastructure, power and process, oil & gas, and mining businesses from Canada to South America. His team was responsible for delivering more than 2,500 professional hires per year.

Over his career, Mr. Clark has executed or managed groups executing over 500 executive searches in numerous industries including engineering, EPC, construction, mining, oil and gas, and energy. He began his recruitment career at a small, multi-million boutique executive search firm in Atlanta, specializing in the environmental, engineering and construction industry.

Companies across the industrial sector have historically concentrated on making their physical assets the basis of competitive advantage. But leading industrial companies have increasingly come to recognize that the quality of their leadership talent is what ultimately makes the greatest competitive difference in a world of globalization, rapidly emerging markets, off-shoring, outsourcing and far-flung supply chains.

These companies, according to recruiters, want innovative global leaders who have the strategic, operating and financial skills required in this complex environment. They also want commercially-focused managers who can develop distinctive value-added solutions. Above all, many seek leaders who have the ability to make an immediate impact as well as a long-term contribution.

Stanton Chase has appointed new leaders in several of practices since the start of the year. Just recently, Peter Deragon, the managing director of the Los Angeles office of the firm, was named global sector leader for the carriers, third party & contract logistics practice.

In August, the firm named Hans Nilsson as aviation & aerospace global sector leader. He will work out of the firm’s offices in Zurich and Miami. Mr. Nilsson has more than 25 years of industrial and management consulting experience in the aviation, aerospace, transportation and technology industries.

Cathy Logue, managing director of the firm’s Toronto office, was named leader of the CFO & financial executives practice group earlier this year. She has over 25 years of exec. and leadership search experience with a primary focus on senior leadership roles within the tech., fin. services/ fintech and media & comm. sectors.