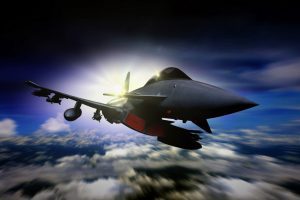 August 16, 2017 – Stanton Chase International has appointed Hans Nilsson as aviation & aerospace global sector leader. He will work out of the firm’s offices in Zurich and Miami.

“Miami has emerged as one of the world’s leading aviation centers,” said Juan D. Morales, global practice leader for the executive search firm’s supply chain, logistics & transportation practice group and managing director of the Miami office. “Having Hans working from these two locations will increase our value to clients seeking executives in these sectors as we continue to expand our global footprints in aviation, aerospace, logistics and transportation.”

Florida is home to more than 2,000 aerospace, aviation companies employing some 82,500 workers across the state. Meanwhile, Zurich is home to aerospace companies such as Pilatus Aircraft, RUAG, and Swiss Space Systems, among others.

Mr. Nilsson has more than 25 years of industrial and management consulting experience in the aviation, aerospace, transportation and technology industries. During his career, he has represented and held executive positions at a wide range of well-known international airlines, aviation service providers and industry associations.

Prior to joining Stanton Chase, Mr. Nilsson served as a director at the International Air Transport Association in Geneva, Switzerland. Earlier, he held executive positions at Swiss, KLM, West Atlantic, and Jeppesen. He started his career as an accomplished pilot for the Swedish Coast Guard.

“Organizations in these industries continually seek executives with international and cross-cultural experience,” said Mr. Nilsson. “With a presence in these markets, we can efficiently identify executive candidates for clients throughout the Americas, Europe, Asia and the Far East.”

Stanton Chase has appointed new leaders in several of practices since the start of the year. Last month, it appointed Dale Zankl as the director of its natural resources and energy practice for the Middle East. Based out of the firm’s offices in Dubai, he consults with new and existing clients on their leadership challenges in regard to natural resources and energy in the Middle East.

Cathy Logue, managing director of the firm’s Toronto office, was named leader of the CFO & financial executives practice group earlier this year. She has over 25 years of exec. and leadership search experience with a primary focus on senior leadership roles within the tech., fin. services / fintech and media & comm. sectors.