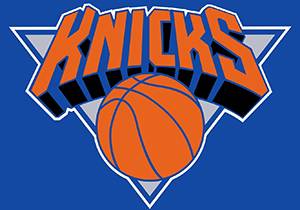 In his new role, Mr. Sabreen will serve as the Knicks’ chief communications strategist with oversight of all public relations activities for the team.

He will be responsible for developing and executing communications plans for all announcements, working closely with the team’s management, coaching staff and players on media appearances, the search firm said.

In addition, he will drive proactive publicity efforts focused on non-traditional media outlets and collaborating with marketing on the creation of compelling content for social media, said Buffkin/Baker. Mr. Sabreen will also manage the execution of game-night operations for media, as well as alumni relations.

“We are thrilled to have someone of Dan’s caliber joining our communications team,” said Steve Mills, president of the New York Knicks. “Dan brings 15 years of experience in guiding and promoting some of sports’ most well-known properties. His relationships, along with his keen understanding of media will be a valuable addition as we continue to seek opportunities to build on the New York Knicks’ legendary brand.”

Mr. Sabreen joins the Knicks after 12 years at CBS Sports. Most recently, as VP of communications, he was responsible for helping to oversee publicity efforts for all CBS Sports properties, including broadcast, cable and social media. He played an integral role in shaping publicity campaigns for CBS Sports’ coverage of some of sports’ biggest properties and events, including Super Bowl 50, the NFL’s Thursday Night Football, the NCAA Tournament, SEC football and the PGA Tour. He led the day-to-day media relations strategy and execution for CBS Sports Network, the 24-hour cable outlet for CBS Sports, and was responsible for promoting on-air talent, creating content for the Network’s social platforms and managing crisis communications and breaking news.

Madison Square Garden Co., owners of the Knicks, is a fully-integrated sports, media and entertainment business. The company has three business segments: MSG Sports, MSG Media and MSG Entertainment. The divisions are aligned to work together to drive the company’s overall business, said Buffkin / Baker, which is built on a foundation of iconic venues and compelling content that the company creates, produces, presents and/or distributes through its programming networks and other media assets.

This past summer, MSG turned to Buffkin / Baker to lead the search for its new executive vice president and chief communications officer. Mr. Wasp is also spearheading that search along with associate Rachel Jonkers. The ideal executive for the role will have the ability to build trust and create collaborative environment and relationships, said the firm.

Buffkin / Baker formed earlier this year with the merger of the Buffkin Group and Baker and Associates. “Craig and I have known each other for many years and have worked well together both professionally and personally,” said managing partner Martin Baker. “Our common values of delivering a higher level of customer service will help differentiate us in the marketplace, and position us for a bright future.”

In addition, Mr. Wasp joined the firm in May with the merger of New York-based WTW Associates. WTW, a talent provider focused on the media, entertainment, technology and law industries, integrated its operations into the Buffkin / Baker New York office. Mr. Wasp is now a partner in the firm and heads its entertainment/media practice. He has extensive contacts within the entertainment and media industry in New York, Los Angeles and London.