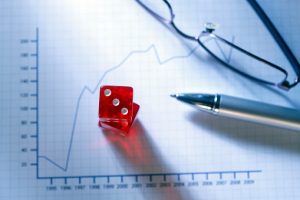 May 2, 2016 – Executive search firm The Onstott Group has recruited Diane Basile as senior vice president, CFO, and treasurer of American Science & Engineering. She succeeds Kenneth Galaznik, who has served in those roles since 2008 and is retiring following the end of the current fiscal year. Joe Onstott, managing director, and principal Scott Tucker, led the assignment.

Ms. Basile is a highly experienced operational finance leader, with an extensive background in mergers & acquisitions and investor relations. Prior to joining AS&E, she served as CFO of Intronis, a leading provider of backup and data protection solutions. Previously, she was VP of finance for Nuance Communications’ healthcare division, a $900 million global business unit for health information technology, and held senior financial posts at technology firms including Mercury Computer and PerkinElmer. In addition, she holds the chartered financial analyst designation and is a member of Boston Security Analysts Society, a member society of CFA Institute.

“Diane has a wealth of varied industry experience in large operational finance roles as well as an extensive background in investor relations and mergers & acquisitions that will be beneficial to the company’s day-to-day operations and long-term strategy,” said Chuck Dougherty, AS&E’s president and CEO. “Her expertise in these areas will help us continue to drive our strategic initiatives, accelerate our growth efforts, and enhance shareholder value.”

“Joe Onstott and Scott Tucker led a very smooth search that yielded a final slate of excellent candidates in a short period of time,” said AS&E SVP of HR Lanning Levine. “We could not be happier with their search process and bringing on an excellent hire in Diane Basile.”

According to recruiters, CFOs are on the move much more than other C-suite leaders lately. And that begs an interesting question: What are ‘actively-looking’ CEOs most after as they team up with headhunters in the pursuit of their next CFO? The position generally serves as right hand man so the perfect match is critical.

One trait every CEO desperately seeks in his or her next CFO is leadership. “More and more often, the CFO is viewed as the No. 2 executive within a public company,” said Phil McCall, a Crist | Kolder managing director. “That perception is consistent with both insiders (peers, managers), and outsiders (analysts, investors, and board members). Because a public company CEO is so time constrained, the CFO is expected to take his or her place at certain times. When that happens, you need a CFO who won’t shirk from those responsibilities, but rather, will instill a following.”

Cynthia Heckscher, a managing director for Philadelphia-based recruiters Diversified Search, said that increased competition throughout the sector is forcing up a super breed CFO, with competencies far exceeding those seen on standard job spec sheets. Not surprisingly, she said, many of these up-and-coming finance executives are on a CEO pathway as well.