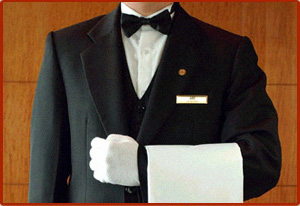 With more than 30 years of industry experience, Mr. Alderman will be responsible for executing the company’s previously-announced “ESA 2.0” asset merchant strategy, including development of its next-generation product through new construction and franchise sales, and asset management of the company’s existing real estate portfolio, including sales and acquisitions, ongoing maintenance, and future renovations. He will report directly to Gerry Lopez, president and CEO, and function as a member of the company’s executive leadership team.

Mr. Alderman served most recently as chief development officer with Kimpton Hotels and Restaurants, after prior leadership positions with other industry leaders, including Wyndham Worldwide and Starwood Hotels & Resorts. He brings over 30 years of experience in commercial real estate, with a broad background in hotel and restaurant development, private equity fund investment, management contracts, franchises, public / private partnerships and investor relations.

Extended Stay America is the operator of an economy, extended-stay hotel chain consisting of 629 properties in the U.S. and Canada. It is listed on the New York Stock Exchange as a “paired share” with the real estate investment trust ESH Hospitality, the owner of the hotels.

AETHOS has bulked up its staff in recent months. The firm recently joined forces with Greger / Peterson Associates, which now operates under the AETHOS Consulting Group name. “Not only did we gain Ken Greger, John Peterson and Matt Peterson as business partners, we added office locations in Portland and Los Angeles, which is a critical aspect of our growth strategy,” said AETHOS managing director and CEO Keith Kefgen.

“My hope is that Donald Trump will be good for the economy and a voice for the hotel industry on Capitol Hill,” said Mr. Kefgen. “Travel is a key indicator of economic health and I believe Mr. Trump’s low tax, small government approach is good for business. Fixing healthcare will also be a plus for the travel industry, as the present system seems to be disliked by everyone,” he added.

“Immigration will be an interesting issue for our industry (including food supply chain) as the sector employs a great deal of first generation immigrants and undocumented workers,” Mr. Kefgen said. “Trade issues with China and Latin America will also have an impact on our industry from an investment prospective. But travel could be adversely affected if relations get strained. I think our industry will be more of a bellwether for the President-Elect’s policy successes or failures than any other president in our history.”