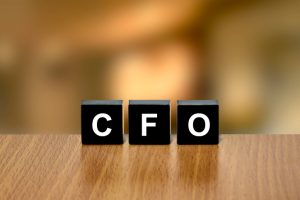 June 2, 2016 – Spencer Stuart has been retained by Choice Hotels International to lead its search for a new chief financial officer. David L. White is leaving the company to pursue other professional opportunities. The company has selected controller Scott Oaksmith to oversee the finance team while Spencer Stuart conducts the search.

Choice Hotels is one of the world’s largest lodging companies. With more than 6,400 hotels franchised in more than 40 countries and territories, it represents more than 500,000 rooms around the globe.

As the sector expands, recruiters say a need for top flight financial executives has risen, making CFOs much more in demand than other C-suite leaders. And that begs an interesting question: What are ‘actively-looking’ CEOs most after as they team up with headhunters in the pursuit of their next CFO? The position generally serves as right hand man to the chief executive so the perfect match is critical.

One trait every CEO desperately seeks in his or her next CFO is leadership. “More and more often, the CFO is viewed as the No. 2 executive within a public company,” said Phil McCall, a Crist | Kolder Associates managing director. “That perception is consistent with both insiders (peers, managers), and outsiders (analysts, investors, and board members). Because a public company CEO is so time constrained, the CFO is expected to take his or her place at certain times. When that happens, you need a CFO who won’t shirk from those responsibilities, but rather, will instill a following.”

For its part, Spencer Stuart has conducted more than 1,400 finance searches over the past two years for clients that include Fortune 500, FTSE 100, DAX 30 and HS 100 companies, as well as private equity firms and their portfolio companies, emerging companies and non-profit organizations. Financial services is one of the firm’s top producing global search practice sectors, which is today comprised of a team of 40 consultants. Joel von Ranson leads Spencer Stuart’s financial officer practice in North America.