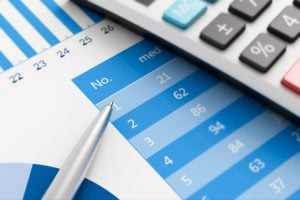 May 19, 2016 – Russell Reynolds Associates has been retained by VAALCO Energy, Inc. to lead its search for a chief financial officer. Don McCormack, the company’s current CFO, has resigned to spend more time with his family and pursue other opportunities.

According to recent reports, about one fifth of companies change their CFOs annually, and the market for financial officers talent has become increasingly competitive over the past year — with the best candidates often considering multiple opportunities at any one time.

VAALCO Energy is a Houston-based independent energy company principally engaged in the acquisition, exploration, development and production of crude oil. The company’s properties and exploration acreage are located primarily in Gabon, Equatorial Guinea and Angola in West Africa.

A report issued by ManpowerGroup, ‘Strategies to Fuel the Energy Workforce,’ found that 58 percent of energy executives said they struggle to find the talent they need and 74 percent believe the problem will worsen over the next five years. Job categories identified as being in greatest demand included field workers, skilled trades, and highly educated professionals.

The study also found that the talent shortage may already be slowing growth and expansion throughout the sector. By some estimates, there will be three million energy sector jobs by 2020. In the utilities subsector, where half of the workforce is already over the age of 40 — 100,000 net new jobs are projected. Many of the positions will require tech-savvy candidates to keep pace with future developments.

In response, a number of recruiting firms have been expanding their energy sector practices to fill critical roles for clients: