Stay Connected:
In the wake of John Flint’s abrupt departure, HSBC will be looking at both internal and external candidates for the bank’s top leadership role. Let’s go inside the latest search. 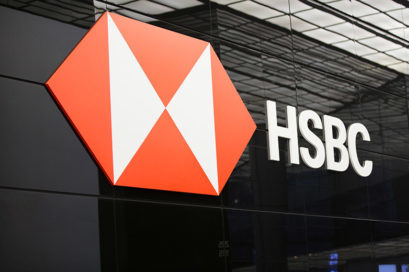 October 8, 2019 – Financial services organizations, generally, are facing a new competitive landscape, regulatory challenges and a constant struggle to manage cost and efficiency. Overseas, fold in Brexit and you have an environment growing in complexity by the day. This requires strategic leaders, both men and women, with a multidimensional skill-set and competencies that often go above and beyond any typical job description. But there’s a big problem: In most countries, while women represent about half of the financial services industry, few of them reach leadership positions. That puts a number of top searches in a great vortex right from the start.

Like all financial institutions, banks continue to turn to executive recruitment firms to find new leaders. The recruiters, in turn, have been working to expand their candidate slates to include large numbers of women. The push for diversity is on, they say, and with it new pressures to produce candidates from a multitude of backgrounds, ethnicities, and genders to fill an ever expanding set of search assignments based on far more inclusive corporate agendas.

The latest search: HSBC has selected executive recruitment firm Egon Zehnder to find a new chief executive officer after the surprising firing of John Flint. Europe’s biggest bank, which has a market value of £127 billion, is understood to have appointed the search outfit after meeting with rivals Spencer Stuart and Russell Reynolds Associates.

“I have agreed with the board that the recent good interim results indicate that this is the right time for change, both for me and the bank,” said Mr. Flint. “After almost 30 years with HSBC, I will be sad to leave but I do so looking forward to a new personal challenge, and I’m confident that our people will continue to serve the bank’s stakeholders in the best possible way.”

HSBC is in a strong position to deliver on its strategy, said Mark Tucker, group chairman of HSBC. “In the increasingly complex and challenging global environment in which the bank operates, the board believes a change is needed to meet the challenges that we face and to capture the very significant opportunities before us,” he said.

The board will consider internal as well as external candidates. According to multiple sources, the short list of outside prospects includes Stephen Bird, chief executive of global consumer banking at Citigroup, and RSA Insurance chief Stephen Hester, who previously led the Royal Bank of Scotland. Noel Quinn, interim chief executive of HSBC, is also a possible candidate. The Sunday Times reported that experience in Asia is crucial for the bank as a majority of its profit is from the region. Oddly, no women have surfaced as rumored top candidates.

The recruitment firm, which focuses on finding diverse talent, is the first agency ever hired to find someone for the governor role.

Enlisting Sapphire Partners raises the likelihood that the U.K. wants a woman for the role, a response to criticism over a lack of gender diversity in the government. “The use of a firm of headhunters for the first time implies the chancellor is keen for this to be a wide sweep of talent in what is, after all, the world’s financial capital, and he is under pressure to consider more female candidates,” wrote Darshini David, economics correspondent for the BBC, on the broadcaster’s website. “And, as with the incumbent, the search could go beyond our borders.”

The Hongkong and Shanghai Banking Corp. (HSBC) opened for business in 1865. It is now represented in 88 countries and territories across the globe with almost 300,000 employees speaking over 100 languages.

The firm has recently recruited a number of leaders for banks, including placing Christos Megalou as CEO of Piraeus Bank. Mr. Megalou more than satisfied the organization’s requirement of having at least 10 years of experience in a senior role abroad. He spent 15 years in investment banking at Credit Suisse Group AG prior to joining Eurobank in 2013.