Menu
Stay Connected:
More hiring managers are using social media and Internet searches to screen candidates, a new survey has found. Experts suggest that the best response to ‘social recruiting’ is to cultivate a positive online persona. Let’s take a look at two recent reports on social media and what it means for you. 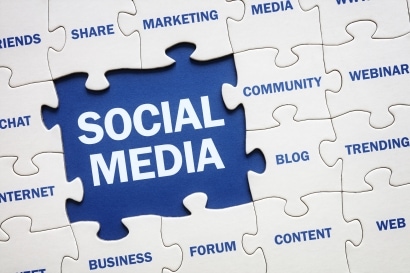 October 16, 2017 – New research from Totaljobs Group has revealed that three quarters (74 percent) of interviewers will check candidates’ social media as part of their interview preparation. This is in contrast to the expectations of candidates, however, as only a third (36 percent) expect their social media to be screened, meaning many could be caught short online.

The job site surveyed 8,599 candidates and 268 recruiters as part of what it has dubbed #TheElevatorPitch campaign, finding a huge gap between the expectations and experiences of candidates and interviewers.

“Interesting disparities exist between employers’ and candidates’ experience of interviews,” said David Clift, HR director for Totaljobs Group. “Traditionally the burden to ‘prove’ themselves has very much fallen on the side of the candidate, but it is still important that employers prepare a good interview to ensure that candidates have a chance to give the best of themselves.”

“Employers and candidates also seem to have vastly different experiences when it comes to feedback,” he said. “Candidates can’t be expected to refine their interview technique without being told what they’re doing well and what they need to work on. Seventy percent of candidates told us that they take the feedback, and apply it in future interviews, suggesting that with more in-depth feedback, we may be able to improve the process for all parties.”

Employers agreed, saying that prospects should devote more time to various areas of preparation. Candidates should spend more time researching the company, said 88 percent of the employers; they should spend more time thinking of questions to ask the employer (81 percent); re-reading the job description (75 percent); researching the industry (71 percent); thinking of potential questions they’ll be asked and how they’ll respond (67 percent); re-reading their resume (49 percent); figuring out their journey to the interview (48 percent); and choosing their outfit (20 percent).

On the more positive side, 38 percent of employers said that on average interviewees are more prepared now than five years ago.

Following the interview, a clear disparity exists between candidate expectations and the actions of employers, according to the survey. Fifty seven percent of employers said that they always offer feedback after interviews, while only three percent admit that they do not. In contrast, however, only six percent of candidates say they always receive feedback, with just 15 percent saying they receive it “most of the time.”

Nearly all (95 percent) candidates said that they want to receive interview feedback, whether positive or negative, with 79 percent wishing to know mistakes that they made during the interview. This is inconsistent with their experiences, as 62 percent received positive feedback while only 33 percent received feedback on their mistakes.

Social media is not just impacting the interview process; it is key to developing strong employer brand and recruiting best candidates. Employers, however, indicated that they shy away from using it.

Fifty nine percent of employers said employee involvement in recruitment via social media risks damaging rather than enhancing the employer brand, according to a study of HR leaders by SocialReferral, a recruitment software company. The research also found that only 39 percent are using social media to actively search for staff and only half (49 percent) use it to advertise vacancies.

Seventy five percent of businesses recognized the need for a change in the traditional approach to recruitment, and two thirds (62 percent) said they need a stronger story around why candidates should choose to work for them. Yet, only 41 percent of the businesses surveyed encourage staff to post about their own experiences as a route to publicizing their employee brand.

The SocialReferral research found that although businesses are already present on a number of social media they are failing to take full advantage of the potential of these platforms, particularly for employer brand promotion. Businesses showed that they recognize that social media should be used more frequently for recruitment but they fear losing control of their brand.

Sixty one percent said they would be delighted if employees reposted job vacancies and news stories about the business. But this represents a somewhat diluted version of social advocacy. The most powerful social statement comes from employees posting genuine comment. Yet, according to SocialReferral, companies are reluctant to allow this to happen unmonitored, and 55 percent said they don’t have time to monitor employee posts. The research also found that 35 percent allow employees to post on social media but monitor them, while 32 percent prohibit or control posts about the company.

More Companies Using Social Media to Reject Job Candidates
More than one-third of companies have disqualified a job candidate in the past year because of concerns about information found on public social media or an online search, according to survey results just released by the Society for Human Resource Management. Candidates were disqualified for illegal activity and discrepancies with job applications, among other reasons.

“Employers are missing an opportunity in fearing or not understanding the use of social media for recruitment and to develop a strong employer brand,” said Guido Nieuwkamp, director at SocialReferral. “Instead of encouraging it, they are restricting access, prioritizing control over expression. Rather than taking this approach, they need to take full advantage of the possibilities of using social media.”

“By going down the non-traditional route, organizations can expand their reach considerably,” he said. “It is especially crucial for entry-level recruitment as it allows businesses to reach a pool of younger potential employees who value their virtual connections every bit as much as traditional contacts.”

“Businesses with a willingness to move on from the more traditional recruitment methods make their biggest investment – their staff – their biggest brand asset,” Mr. Nieuwkamp said. “A genuine employee driven social media presence is one of the biggest assets a brand can have. By enabling social media usage, you will encourage massive amplification of your brand message, resulting in a better reputation for the business itself, wider talent pools and inevitably, more customers.”

Consider This When Choosing Your Next Executive Search Firm