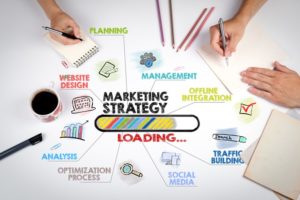 In her new role, Ms. Fuentes will be responsible for executing all aspects of the firm’s public relations, social media, marketing, and communications efforts. She will also provide marketing support to Signium members around the globe.

Ms. Fuentes is a digital marketing and communications professional who takes a data-driven approach to engage with people from around the world through social media, storytelling, content and strategy. She spent the past six years spearheading the Consulate-General of Japan in Chicago’s public relations and communications initiatives to connect others with Japan and to promote the U.S.-Japan partnership while managing independent communications projects.

Ms. Fuentes joins Signium at an important time as the organization has been expanding to various regions around the globe. Here’s a look at the firm’s most recent changes, from the Hunt Scanlon Media archives:

In an effort to further strengthen its capabilities in the Nordic region, executive search consortium Signium has expanded in Sweden with the addition of J Eng Consulting. Founder Johannes Eng joins Signium as a partner.