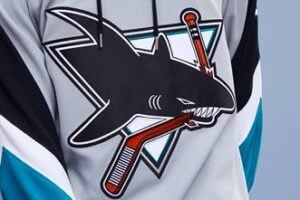 Ms. McBride will oversee all legal matters pertaining to the team and Silicon Valley Sports and Entertainment. She will also serve as an alternate governor in representing the team on NHL matters. Ms. McBride will be responsible for managing all legal aspects of the relationships with the Sharks corporate partners, broadcasters, and major service providers as well as handling legal matters for all Silicon Valley Sports and Entertainment properties.

The San Jose Sharks were founded in 1991. In 1994, the Sharks established an official charity arm of the team, the Sharks Foundation, a non-profit that is dedicated to enhancing the lives of underserved youth and families in the Bay Area. Sharks Sports & Entertainment owns and operates a number of sports properties and venues, including three ice rinks in the Bay Area, the AHL’s San Jose Barracuda, and select events at the SAP Center.

Mr. Gnozzo founded the firm in 2002 in Buffalo, NY. His expertise was originally in the accounting, finance, HR, and sales industries. For more than 10 years, he worked on retained searches across the U.S. with Fortune 1000 companies, as well as medium and large public and private companies.

Mr. Curley, who joined Search Solution Elite in 2013, is an engagement manager and works in the Charlotte office. He also played a vital role in developing the executive division of the firm.

John Gilmore, co-founder and managing partner of BarkerGilmore, recently recruited Luis Machado as the new general counsel and corporate secretary of TopBuild Corp. “We are pleased to welcome Luis to TopBuild,” said CEO Jerry Volas. “He brings more than 20 years of experience leading legal and compliance functions across a wide range of industries. He is a terrific addition to our senior leadership team.”

Check Out These Related Articles on Recruiting General Counsels: