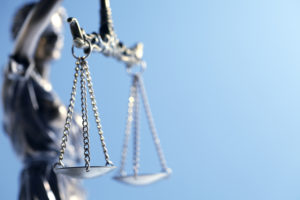 “Rod is the perfect fit for Congressional Federal Credit Union’s general counsel role, given his diversified financial knowledge, consumer lending and consumer facing regulatory background,” said Ms. Ben-Canaan. “I’ve had the pleasure of knowing him for 25 years as he was my mentor while I was a summer associate at Miles & Stockbridge. He has an easy-going personality and is very skilled in navigating political waters and catalyzing change in authentic, non-disruptive way.”

“We are excited to have Rod Boddie join the credit union as general counsel,” said Sean Zimmermann, president and CEO of Congressional Federal Credit Union (CFCU). “He brings an impressive level of expertise and a deep understanding of the financial services industry. Making Rod part of our team will provide the credit union additional internal strategic insights. I am confident his contributions will be a valuable asset to the organization and our member stakeholders.”

Mr. Boddie is a seasoned legal professional who comes to CFCU after 17 years with Seneca One Finance, a specialty finance company, where he most recently served as general counsel and corporate secretary. During his tenure, he led Seneca’s legal activities, oversaw a 25-person legal and processing team, and managed outside counsel. He also held a senior counsel role at Winstar Communications and began his career as an associate with Miles & Stockbridge.

“Working as a candidate with Deborah, Christie, Kim and the team at MLA has been impressive,” said Rod.  “After they did their due diligence on me, they had a deep understanding of my skill-set and what I was looking for in a new employer. MLA gave me the type of insight on CFCU’s culture, operating performance, board of directors, and management team that enabled me to see that the company would be a great fit for me,” he said. “I’m glad CFCU agreed!”

In this newly created role, Mr. Boddie will serve as chief legal officer to CFCU, overseeing both the office of the general counsel and the office of compliance. He will report directly to Mr. Zimmermann and serve as a key member of the executive team, working alongside the corporate governance team.

For over 65 years, Congressional Federal Credit Union has grown into a full-service financial institution with more than $1 billion in assets and 47,000 members across the country and around the world. The organization serves the U.S. House of Representatives and Capitol Hill and is committed to helping the people who serve on Capitol Hill achieve their financial goals.

Founded in 1982, Major, Lindsey & Africa is a legal-focused search firm with more than 25 offices worldwide. It has a track record of general counsel, corporate counsel, partner, associate and law firm management placements. The firm also provides law firms and companies with highly specialized legal professionals on project, interim and temporary-to-permanent hire basis. Major, Lindsey & Africa has more than 25 offices and 200-plus search consultants around the world.

Ms. Ben-Canaan, partner and the senior practice leader for in-house counsel recruiting, is a seasoned legal recruiter and subject-matter expert on the legal market. Since 2001, she has placed more than 900 senior-level legal leaders in corporate legal departments across the U.S. and assisted her U.S. clients in making strategic placements overseas with the support of the firm’s EMEA and APAC teams. She works with CEOs, boards, CHROs and general counsel at organizations of all sizes.

Ms. Babinski is a director in the in-house counsel practice of the Washington, D.C. office. Her focus is on placing attorneys at all levels across the country within corporate legal departments across all industries.