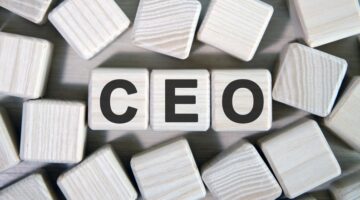 “Sue’s experience building and leading teams coupled with her strategic, client-centered approach make her the ideal executive to steward the next phase of growth for CareerBuilder,” said David Sambur, senior partner and co-head of private equity at Apollo. “We are grateful for Irina’s leadership and the bold direction she steered to help reposition the business towards growth and reaffirm CareerBuilder as one of the largest talent acquisition marketplaces. We are confident that Sue is the right CEO to build upon this strong foundation and lead CareerBuilder into its next chapter of success.”

Ms. Arthur, a seasoned executive with over 30 years of experience, will continue advancing CareerBuilder’s mission to connect companies with talent. She joins the company from Optum, where she served as chief operating officer for the $10 billion technology and services division, OptumInsight. Ms. Arthur has a demonstrated track record of growth and brings deep expertise in the top industries CareerBuilder serves with a strong focus on client experience. Prior to Optum, she was group president at NTT Data and has also held strategic leadership roles at DXC Technology, Hewlett Packard Enterprise and Electronic Data Systems.

“This is a pivotal time for CareerBuilder and the talent acquisition sector,” said Ms. Arthur. “I am looking forward to expanding upon the strong foundation the CareerBuilder team has built while driving forward our mission to empower employment for both job seekers and companies. This is especially critical during the unprecedented employment market we are facing,” she said. “With our unique capabilities and solutions, CareerBuilder is poised for incredible growth. I am excited to have the opportunity to partner with CareerBuilder’s talented employee base to impact the industry at such a critical time.”

“Four years ago, we embarked on an exciting journey to transform a complex business into a successful, independent company at the forefront of its industry,” said Ms. Novoselsky. “I’m immensely proud of how this team has situated the brand as a clear market leader, differentiated by outstanding relationships and committed client service. I’m excited to now see the next chapter of CareerBuilder under Sue’s leadership, as the team continues to build on this incredible foundation.”

CareerBuilder was founded by Robert J. McGovern in 1995 as NetStart, selling software to companies for listing job openings on their web sites and the ability to manage the incoming e-mails those listings created. After an influx of two million dollars in investment capital the company transported this software, named CareerBuilder, to its own web address, at first listing the job openings from the companies who utilized the software.

The company announced its decision to go public in 1999. Microsoft moved quickly to acquire a minority stake in the company in exchange for using the company’s database on its own web portal. In 2002, Gannett purchased a one third interest in the company for $98.3 million, adding the CareerBuilder brand to its 90 newspapers nationwide. In 2017 Apollo Global Management took an ownership stake, spearheaded by Mr. Sambur. At the time, Mr. Sambur emphasized CareerBuilder’s move towards becoming a software-as-a-service (SaaS) platform, suggesting that it was CareerBuilder’s HR opportunity, not its long-standing job board business, that drove Apollo’s interest.