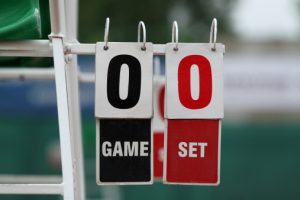 April 29, 2016 – Promoting diversity has long been a key component of both modern HR policy and good corporate governance — in banking as elsewhere. According to recruiters and talent acquisition leaders, businesses around the world increasingly recognize the importance of a workforce and board which encompasses a wide range of talents and perspectives from a broader spectrum of backgrounds.

But how central are banks’ efforts in this field to their overall strategy? And how well is this strategy communicated to shareholders and key stakeholders who are increasingly using diversity as a measure to assess how well an organization is structured and managed?

To gain an insight into how seriously diversity is being taken among the world’s leading banks, DHR International conducted an in depth analysis of the latest annual reports published by the top 20 global banks by size of balance sheet. Their aim was to determine whether – and how much – diversity information is featured in these reports – the flagship document through which banks communicate information to stakeholders.

DHR’s findings reveal an industry committed to driving this critical issue up the agenda, with the vast majority of institutions actively managing and reporting on staff and board diversity.

From DHR’s research it is becomingly increasingly apparent that banks across the market are now taking very active steps to improve diversity across all of their senior executive levels.

Diversity reporting has shifted up a gear at the world’s biggest banks, with two thirds (65 percent) of the top 20 banks now measuring how diverse their workforce is in their annual reports, according to DHR’s research.

DHR explains that shareholders and other stakeholders are increasingly keen to see information on diversity included within annual reports. DHR found that 20 percent of the annual reports analyzed did not mention diversity at all. Its findings show how seriously most global banks are now taking diversity as a means of improving recruitment and retention through inclusivity, creating a more representative and well-balanced workforce, fostering greater innovation and ultimately helping to boost corporate performance. 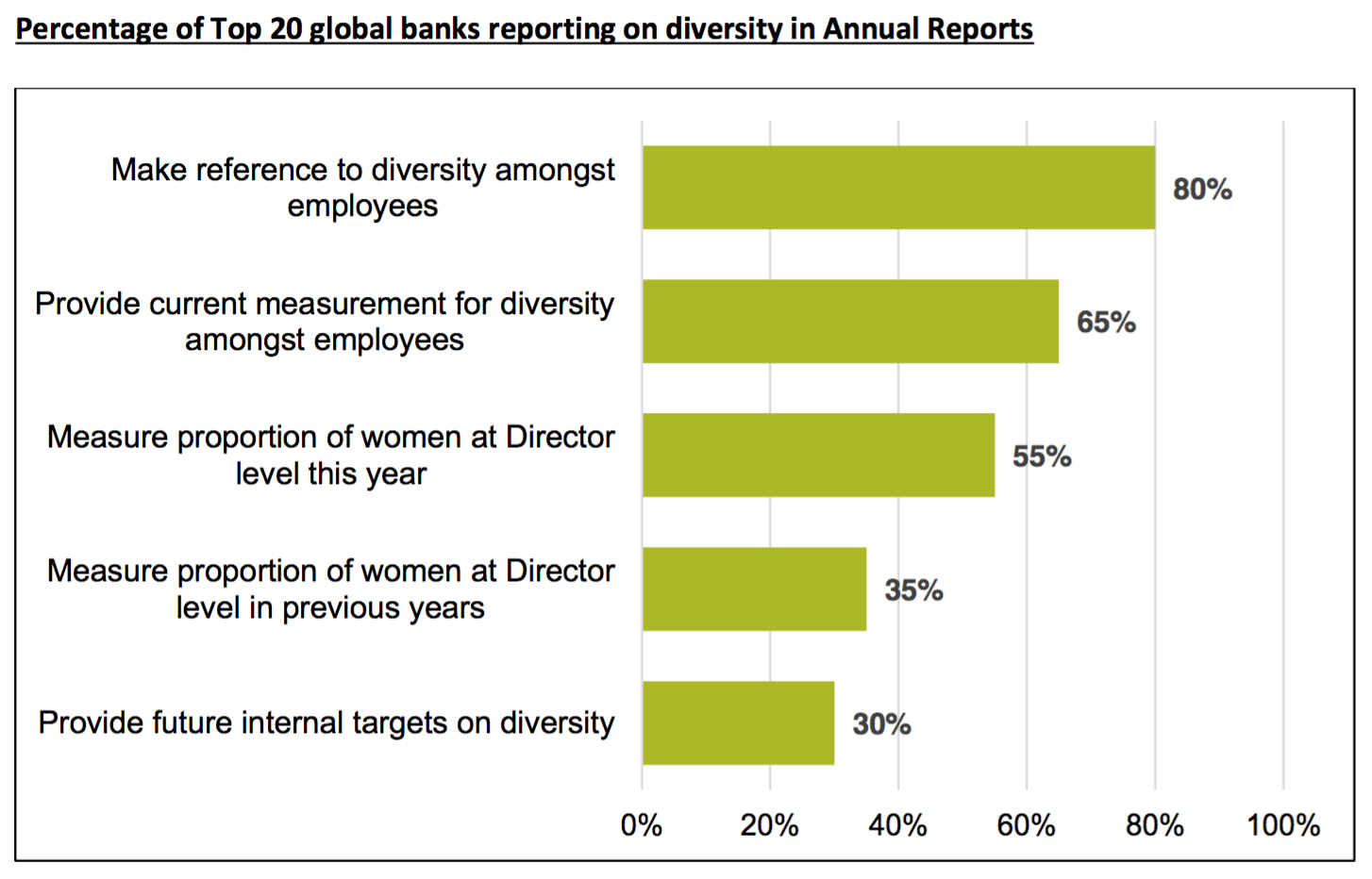 Key findings from DHR’s report include:

“Addressing diversity is no longer optional for world leading businesses. In the global banking sector, diversity reporting is rapidly becoming the norm,” said Stéphane Rambosson, managing partner of the European financial services practice at DHR. “For stakeholders, this is not about buzzwords and box ticking: shareholders — as well as policymakers, the media, customers and staff — do expect to see a lack of diversity being tackled.”

Failure to provide a metric for, or even mention diversity in, annual reports suggests one of two things – either that it’s not seen as important enough to report to shareholders or that the numbers don’t reflect well, said Mr. Rambosson. “Since many banks do analyze the make-up of their workforces, and are increasingly asking us for a diverse slate of candidates when looking to fill senior roles, reporting will help to demonstrate they are taking a lead in this area,” he added. Even if there is room for improvement, he said showing that this is being recognized and focused on is important.

The research flagged up several interesting examples of best practice:

“The depth of information provided tends to be far greater in Europe – most likely due to intense political pressure to redress gender imbalances in the boardroom increasing the focus on diversity generally,” said Mr. Rambosson. “This doesn’t mean that U.S. and Canadian banks are necessarily any less committed to diversity than their European cousins – more that policies and progress are just not being communicated to the same degree.”

But he said there can be truth found in the old adage that what doesn’t get measured doesn’t get done.

“Being more consumer facing, retail banks are far more used to ensuring that the diverse nature of their client base is reflected in their senior appointments,” said Mr. Rambosson. There is also the traditional perception that retail banks have offered an environment in which women have been better able to thrive than investment banks, but Mr. Rambosson said there is an ongoing effort among investment banks to consign that to the past.

“Previously, investment banks may have seen less need to report on diversity because they have a narrower customer base with different motivations than a retail bank,” he added. “However, that is changing. Investment banks are increasingly seeing the need for diversity as one of their major HR challenges.”

More Than Half Report On Proportion of Women At Senior Level

DHR’s analysis reveals that more than half (55 percent) of the banks studied measured the number or proportion of women occupying senior positions (director level and upwards) in their annual reports, with over a third (35 percent) comparing it to previous years’ levels.

“Many banks may have come a long way in boosting female representation at board level, so they should celebrate that,” said Mr. Rambosson. “However, they are increasingly wanting to show that this goes far deeper into their organizations. Given that the benefits of having a more balanced workforce all the way up to senior management level are widely recognized, banks want be seen to take gender diversity among top executives seriously. Highlighting progress against previous years is a good way to do this.”

Ensuring the workforce is diverse can also aid decision making across all levels of the organization. “This encourages a range of varying approaches to problem solving and can lead to fresh ideas,” he said.

DHR surveyed the annual reports of the following 25 banks for its research:

Here are three global banking institutions that are making diversity a top priority:

About the report’s authors:

Stéphane Rambosson serves as managing partner of the European financial services practice group at DHR. He is also a member of the firm’s board and CEO practice group. Mr. Rambosson previously worked as managing partner for Veni Partners until the firm was acquired by DHR last year. His specialty areas include alternative investments; asset and wealth management; and global banking.

Anna Marietta is a partner in the European financial services practice group of DHR. Prior to joining the firm, she was a principal at Veni Partners since 2010. She previously spent four years at Korn Ferry Whitehead Mann as a senior associate on the firm’s financial services team.

Michaela Rosbrook serves as partner and is a member of the financial services practice group at DHR. She began her career in financial services in 2006 and joined Veni Partners in 2010 where she was a partner. She was previously an associate in the financial services team at Hanson Green and prior to that worked in the investment banking practice at The Rose Partnership. More recently she has specialized in the asset management and structured finance sectors.