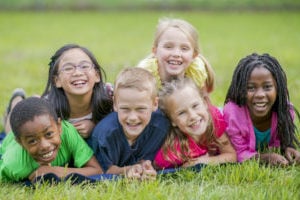 September 6, 2019 – Russell Reynolds Associates has placed Colleen Oliver as the new chief executive officer of Committee for Children (CFC), a global non-profit dedicated to fostering the safety and well-being of children through social-emotional learning and development. Ms. Oliver, who most recently was vice president of school leadership at the New Teacher Center, a national non-profit focused on accelerating the effectiveness of teachers and school leaders, takes the reins at CFC on Sept. 16.

Ms. Oliver has over two decades of leadership experience gained from directing large-scale transformation efforts in the education and non-profit sectors. She succeeds Joan Cole Duffell.

The selection caps a succession-planning and comprehensive national search process, which was facilitated by the search firm.

“This is an exciting time for CFC,” said Jon Reingold, president of CFC’s board of directors. “Our programs currently reach 15 million children annually, but we want to reach significantly more, with an even greater impact on their safety and well-being. Colleen has dedicated her career to goals like these, and her track record of accomplishments make her uniquely qualified to lead CFC successfully into the future.”

“It’s an honor to join Committee for Children, an organization that epitomizes my passion for helping children thrive,” said Ms. Oliver. “I’m thrilled to lead this team because I’m convinced that through strong partnerships, ambitious goals and a commitment to impact, we can positively transform the social-emotional well-being of children.”

Before her role with the New Teacher Center; Ms. Oliver was executive director of the Sheri and Les Biller Family Foundation, where she oversaw grantmaking, primarily in the areas of public education and workforce development.

During her time as chief academic officer at the Partnership for Los Angeles Schools—a comprehensive school turnaround organization launched by former Los Angeles mayor Antonio Villaraigosa—Ms. Oliver spearheaded a program to transform 16 of the historically lowest-performing schools in three high-poverty, underserved communities: Boyle Heights (East LA), South LA, and Watts. In the 2011-12 and 2012-13 school years, the Partnership for Los Angeles Schools helped these schools achieve the highest academic growth among all mid- to large-size districts in California.

“I’ve known and admired Colleen for many years,” said Tanya Ortiz Franklin, senior director of school culture and restorative communities at the Partnership for Los Angeles Schools. “She’s a visionary leader, cultivating shared ownership by building from the voices of those closest to kids and classrooms. She is a model practitioner, willing to take healthy risks in service of discovering what’s possible for children. She is both growth- and solutions-oriented as she leads her team to learn and improve together.”

Founded in 1978, Committee for Children is the world’s largest provider of research-based educational programs that promote social-emotional skills and prevent bullying and sexual abuse. Committee for Children creates research-based, social-emotional learning materials to help children succeed in school and in life, helping create a world in which children can grow up to be peaceful, kind, responsible citizens. The organization’s social-emotional learning materials have taught millions of children skills that help them stay safe, manage their emotions, solve problems, avoid risky behavior and improve their academics. Today the organization’s curricula reach schools in over 70 countries, including 30 percent of all U.S. elementary schools. Each year, more than 10.6 million children benefit from these programs.