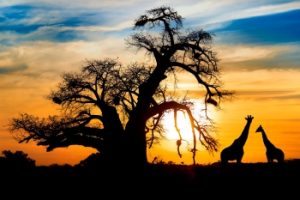 September 19, 2017 – Executive search firm Phillips Oppenheim has been selected by the African Wildlife Foundation (AWF) to lead its search for a new chief executive officer. Search consultants Mark Tarnacki and Addie Jones are heading the assignment.

The CEO role, according to Phillips Oppenheim, is expected to provide strategic direction, management and thought leadership for AWF and pursue a compelling and impactful vision for the organization going forward. The CEO is charged with building consensus around key goals and, in partnership with AWF’s senior leadership – a COO based in Washington, D.C. and a president based in Nairobi – move those priorities into actionable plans and growth strategies.

The CEO will serve as the principal ambassador for the foundation, broadly raising the profile and translating the mission of the organization to a global public while engaging and invigorating long-time supporters and attracting new partners, said the search firm. The incoming executive is expected to take a leading and highly visible role in fundraising, including developing and implementing engagement strategies that boost the organization’s financial support from major donors, NGOs and government agencies, and corporate sponsors around the world.

In addition, the incoming CEO will represent AWF at a high level, interacting with bilateral and multilateral funding agencies including USAID, the European Union, the World Bank and others, the recruiter said. The individual will broadly engage in the larger role of raising support from the private sector including engaging individual major donors, speaking at fundraising events and accompanying philanthropy staff on key visits to foundations and corporate partners.

Why Recruiters Fixate On Fundraising Skills
With companies being pressured to find leaders who can play a major role in fundraising, recruiters are scurrying to find talented candidates to satisfy the demand. Pure fundraising will need to pick up more of the burden for sustaining organizations and their missions.

AWF is looking for a charismatic leader with global experience and perspective who demonstrates a personal and authentic passion for the foundation’s mission. The person who is selected should also have proven managerial and strategic planning capabilities, ideally on an international level in a highly complex environment in a public, an academic or a non-profit setting. The ability to develop, execute and bring clarity to AWF’s plans and activities, with the ability to grow an organization in size, impact, and visibility is preferred. It is essential for candidates to have a demonstrated interest in, or understanding of, Africa, its politics, economics, cultures and the programs that have and have not succeeded in the developing world.

AWF’s greatest selling point is Africa itself: The continent is unique in its wildlife and wild lands. From elephant to rhino to giraffe, from the great cats to the great apes, Africa’s wildlife is of singular global value, said the foundation. At the same time, with the youngest and fastest-growing human population in the world, Africa faces many unique challenges in balancing conservation with infrastructure development and human well-being.

With this as a backdrop, AWF looks to the future of Africa while protecting its culture and natural heritage. AWF is one of the largest and oldest conservation organizations to focus solely on Africa. The group was founded in 1961, a time of fundamental political and developmental change on the continent of Africa as well as the early days of the global conservation movement.

The firm recently recruited senior leaders for other non-profit organizations, including Matthew Teitelbaum as executive director of the Boston Museum of Fine Arts; Salvador Salort-Pons as director, president and CEO of the Detroit Institute of Arts; Linda McNeil Tantawi as CEO for the Greater New York City Affiliate of Susan G. Komen for the Cure; and Judy Harris Kluger as executive director of Sanctuary for Families.

Mr. Tarnacki, who started at Phillips Oppenheim in 2001, has a diverse industry background of recruiting leadership in both financial services and media. Leveraging his experience in higher education and the arts, he has executed non-profit searches, including work with the International Rescue Committee, Community Foundation of New Jersey, Columbia University and the American Red Cross in Greater New York.

Ms. Jones has been a principal, on a project basis, with Phillips Oppenheim since 1992. Before that, she spent 10 years at Harvard University as an administrator where she designed and ran the first career services office at the John F. Kennedy School of Government and then served as the director of admissions for the graduate program in international law at Harvard Law School.