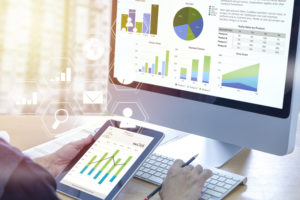 September 6, 2019 – Korn Ferry (NYSE:KFY) has posted fiscal first quarter revenues of $484.5 million, an increase of four percent (seven percent at constant currency) from last year. The increase was driven by organic growth in all segments.

The Los Angeles-headquartered executive recruiter and leadership consultant – the largest globally and in the Americas as ranked by Hunt Scanlon Media – recorded net income was $43 million, compared to a loss of $38.6 million in the first quarter of last year. The increase in net income attributable to Korn Ferry resulted from a decrease in general and administrative expenses mainly due to the $106.6 million tradename write-offs in the first quarter, partially offset by an increase in income tax provision.

“Earnings remained strong in the first quarter with net income attributable to Korn Ferry of $43 million and EBITDA at $74.9 million,” he said. “We also continue to allocate capital to share repurchases, buying back, fiscal year to date, approximately 968,000 shares, using total cash of approximately $37.2 million.”

“Our financial results for the first quarter demonstrate the durability of our business model,” Mr. Burnison said. “We are substantially different today than we were even a few years ago. We’ve evolved from a mono-line business to a global organizational consulting firm – synchronizing a client’s strategy and talent to drive superior performance. More than organizational strategy or compensation advisory, more than talent acquisition and more than leadership development – Korn Ferry enables people and organizations to be more than: simply put, to exceed their potential.”

Publicly-held search outfits, namely Korn Ferry and rival Heidrick & Struggles, have recently seen a flurry of investor activity. Hedge funds, in particular, have been acquiring new stakes in both companies, while others have been reducing positions and moving on to other investments throughout the talent management sector.

Recruiting Sector Jumps 13.9 Percent, Driven by Tightening Talent Markets
A constricting labor market with low unemployment means companies are struggling to find qualified talent. When the right people are found, the costs associated with hiring them are rising, making a lengthy onboarding process now the rule, not the exception.

A number of institutional investors have recently added to or reduced their stakes in Korn Ferry’s stock: Wells Fargo & Company recently grew its position in shares the firm by 5.1 percent, according to its most recent filing with the Securities and Exchange Commission. The fund owned 890,688 shares of Korn Ferry’s stock after acquiring an additional 43,204 shares during the quarter. Wells Fargo holdings in the firm were worth $35.69 million as of its most recent filing. Parallel Advisors boosted its holdings in Korn Ferry by 1,403.1 percent during the first quarter. It now owns 1,969 shares of the firm’s stock worth $88,000 after acquiring an additional 1,838 shares during the last quarter.

Assuming worldwide economic conditions, financial markets and foreign exchange rates remain steady, on a consolidated basis: Second quarter fee revenue is expected to be in the range of $485 million and $505 million; and diluted earnings per share is likely to range between $0.76 to $0.84.