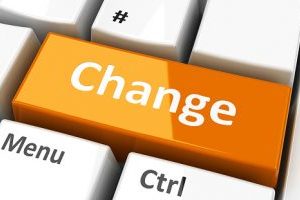 April 7, 2017 – Russell Reynolds Associates has added Marc de Leyritz as managing director in its global board and CEO practice. Based in Paris, Mr. de Leyritz works with multinational clients across a range of C-suite and board-related endeavors, including CEO search and succession, leadership development, organizational transformation and board effectiveness.

“Marc has spent his career building businesses and advising leaders on complex leadership issues,” said CEO Clarke Murphy. “His experience will help us strengthen and expand our advisory services globally, which are aimed at driving business results for client organizations. This is central to our growth strategy as a firm and I very much look forward to partnering with Marc.”

Prior to joining Russell Reynolds Associates, Mr. de Leyritz spent 16 years with Egon Zehnder, where he first co-led the firm’s global CEO succession practice and then co-founded its transformational leadership practice. He has advised CEOs and led succession and board effectiveness projects for some of the largest public and private companies, as well as private equity and family-controlled companies. Earlier in his career, Mr. de Leyritz was an investment banker with Lazard and J.P. Morgan and spent 13 years working on mergers and acquisitions in New York, Paris and London.

Russell Reynolds has been adding and subtracting professional consultants  in recent months. Last month, it added Lloyd Semple and Dan Hawksworth to the firm’s industrial, and energy & natural resources practices. Mr. Semple advises and recruits C-suite level executives for clients across a breadth of industrial segments, including diversified industrial products, automotive, oil/gas and chemicals. Prior to joining the firm, he spent more than 25 years at Accenture. He was previously vice president of human resources for Honeywell International’s sensing and productivity solutions business group.

In December, the firm opened an office in Miami in an effort to further strengthen its presence on the East Coast and bridge the firm’s North America and Latin America field locations. The Miami office marked the firm’s first in Florida and becomes its 47th globally. Nada Usina serves as office manager for the new location. She joined the firm more than six years ago and has held numerous leadership positions. Ms. Usina currently leads Russell Reynolds’ technology practice in the Americas and its global sports practice. The firm also added Mar Hernández to its Miami operation as a consultant; she focuses on serving financial services clients in global private wealth management, asset management, private equity, insurance and fintech.

This past fall, the firm appointed Constantine Alexandrakis to his current role of region head for the U.S. He took over the position from Mark Adams, who remains a managing director with the firm. Mr. Alexandrakis joined Russell Reynolds as a consultant in 2004 and has led its Chicago and Minneapolis offices since 2012 and 2014, respectively. He has served on the firm’s executive committee since 2015.

The firm also lost its technology officers practice leader, Shawn Banerji, to Caldwell, where he now serves as managing partner of the firm’s technology, digital and data leaders practice.

In January, U.K.-headquartered executive search firm The Up Group named Agnes Greaves as managing director. Ms. Greaves previously served as executive director at Russell Reynolds, where she worked on the firm’s global consumer team focusing on consumer goods and the digital sector.

And rival Heidrick & Struggles added Steven Greenberg as a partner in charge of the firm’s financial services practice. He joined Heidrick from Russell Reynolds Associates, where he served as a consultant.